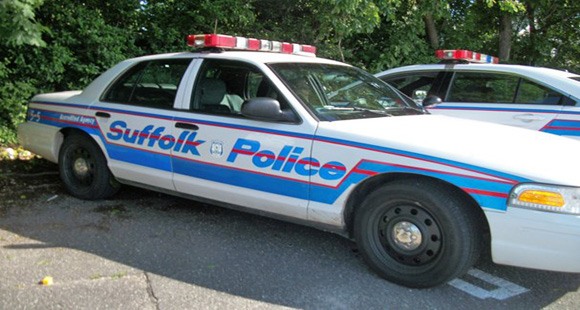 Today, advocates testified before the Suffolk County Public Safety Committee calling for an open and transparent search for the new Suffolk County Police Commissioner. Many of the people who testified are members of Long Island United for Police Reform and drew particular attention to the lack of opportunity for meaningful community engagement leaving no space for those voices who wish to have a say in the police force that is meant to protect their interests.

“The Suffolk County Police should conduct a nationwide search to make sure that the police commissioner who is selected is both highly experienced in running a police department and is able to operate independently of politics so they can address the corruption that is prevalent in the SCPD,” said Foster Maer, Senior Litigation Counsel at Latino Justice.

Four years ago, a rigorous national search process was conducted to find a new police commissioner. During that search applications were received from 75 different people from around the country. Given the size and breadth of the Suffolk County police, it is only fitting that a similar process would be followed now. Given the number of recent high profile cases of police misconduct and corruption, it is absolutely critical that the county leadership take this opportunity

“The community victimized by Sergeant Greene has been living in fear since the Stop and Rob scheme began. We need to have an open search to help the community regain their confidence in the police. The new police commissioner should be someone who can address the structural hurdles within the Suffolk County Police that allowed this to continue for so long,” said Irma Solis, community advocate.

Several examples from large, highly sophisticated departments similar to Suffolk County – specifically Denver, CO and Seattle, WA – have established a committee to engage stakeholders in the process to discover the qualities desired in the new chief as well as develop recommendations and the processes for selection. Best practices endorsed by academics and professional organizations with expertise in policing and police accountability and professionalism include the selection of a search firm or individual well-connected to the national law enforcement community and the early solicitation of public input.

This kind of inclusive process would serve both the new Commissioner and the entire Department well in starting this new chapter on a foundation of trust and cooperation. And it is a real opportunity for Suffolk County to demonstrate that it is committed to open government. A proper search and selection process is a win-win for the community and the government.
Long Island United for Police Reform (LIPR) is a campaign to end discriminatory policing practices on Long Island. We are a movement of community members, lawyers, researchers, and activists working for change. Members share a commitment to building power and leadership in communities directly aﬀected by discriminatory policing and police violence. We are organizing for reforms that will promote community safety while ensuring that police protect and serve all Long Islanders.