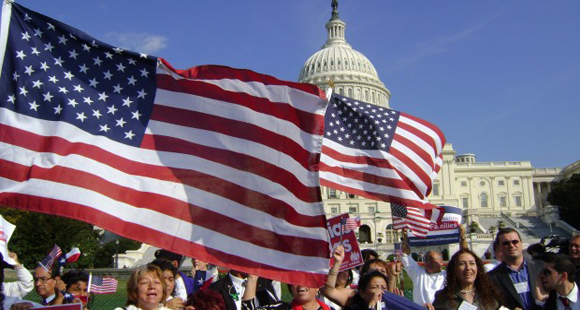 A new NBC/Wall Street Journal poll shows that Americans’ support for immigration continues, in spite of the efforts by some politicians to turn immigration into a wedge issue to divide us.

Among those who said that immigration hurt America, nearly a third said that immigration damages the country because it “changes our traditional American culture and values.” This answer, which reflects the racial and religious prejudices of a segment of conservative voters, has helped fuel insurgent political campaigns on the right.

Among Latinos, who are expected to make up 10% to 12% of voters in November, only 14% said that immigration hurts more. 79% said it helps.

Images can be deceiving. We have seen the anti-immigrant message succeed in mobilizing large rallies in support of some candidates. Immigrants have been the targets of political speeches that paint them as the cause of most of this country’s ills. But, the polling indicates that most Americans have not bought into the politics of fear and are rejecting the paranoid style of American politics that was resurrected over the last year.

You can read the poll’s full results HERE.