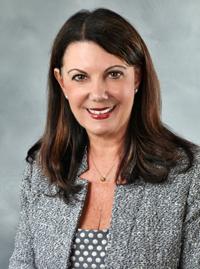 Maryann Sinclair Slutsky is the Executive Director of Long Island Wins, a nonprofit communications organization that focuses on immigration issues on Long Island. Before joining Long Island Wins, Ms. Slutsky was the Director of the U.S. affiliate for the Irish NGO Threshold, where she worked closely with the Consulate General of Ireland and the City of New York to build partnerships and synergies between the U.S. and Ireland on issues of affordable housing and homelessness. Ms. Slutsky has spent her career working in the not-for-profit community raising funds for community foundations, independent schools, and social service organizations. She was Director of Development at the American Red Cross in Nassau County during the September 11th attacks and received a Distinguished Service Award for her leadership and dedication during that time.

Remembering The Spirit Of Thanksgiving And Squanto’s Example

Our Statement On The Downtown Manhattan Terror Attack

Our Statement On The Tragedy In Las Vegas

Finding A New Dream And A New Home

From Lima To Long Island: A Winding Path Of Growth