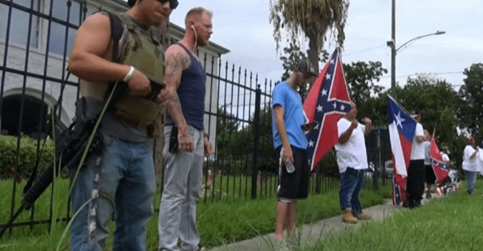 Breitbart News has been in the headlines for the last week with the elevation of its chieftain, Stephen Bannon, to national prominence heading a presidential campaign. Although Bannon presents himself as a populist, he is a former Goldman Sachs investment banker. His most successful business venture has involved turning racial hatred and fear into advertising dollars.

Breitbart has always been among the nastiest of the conservative web sites, but in the last two years it has become tied to the explicitly racist and anti-Semitic Alt-Right. The site has also become a rallying point for Alt-Rightists hoping to exclude non-white immigrants and Muslims.

The Southern Poverty Law Center (SPLC) describes the Alt-Right as “a loose set of far-right ideologies at the core of which is a belief that ‘white identity’ is under attack through policies prioritizing multiculturalism, political correctness and social justice and must be preserved, usually through white-identified online communities and physical ethno-states.” The Alt-Right hopes to create white-only zones in both the United States and Western Europe from which non-white immigrants and Jews would be excluded.

The Alt-Right used to be relegated to racist white nationalist sites like Steve Sailer’s blog, VDARE and American Renaissance, but Breitbart gave them a platform on one of the largest opinion sites on the internet.

Over the last year, Breitbart has had articles praising the so-called “human biodiversity” movement, which it describes as “a group of bloggers and researchers who strode eagerly into the minefield of scientific race differences.” Breitbart also began to embrace the Russian government of Vladimir Putin as an exponent of the what it calls the “masculinist principle” of the strong white man willing to exercise his will.

The right-wing site also has applauded the “natural conservatives,” who have “a preference for homogeneity over diversity, for stability over change, and for hierarchy and order over radical egalitarianism.”

This resistance to diversity is founded in racial differences, Breitbart said in an article last year:

The alt-right’s intellectuals would also argue that culture is inseparable from race. The alt-right believe that some degree of separation between peoples is necessary for a culture to be preserved. A Mosque next to an English street full of houses bearing the flag of St. George, according to alt-righters, is neither an English street nor a Muslim street — separation is necessary for distinctiveness.

While many of us have suspected the political right of harboring closeted racist views, Breitbart brings the racism to the forefront, even if it cloaks it in the mantle of separate racial development instead of white supremacy.