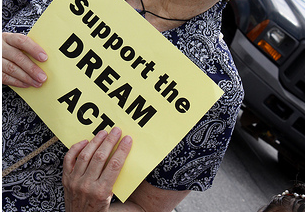 In June, President Obama announced a deferred action program that will allow qualifying young undocumented immigrants to stay in the country and obtain a work permit. Since then, we’ve written a lot about the precautions and steps Dreamers should take as they prepare for the program.

Who are the Dreamers? A recent analysis by the Immigration Policy Center gives us an idea, breaking down the eligible population by age, state, and country of origin.

Approximately 1.4 million people will be eligible for deferred action, counting those who could benefit immediately as well as children who are too young to benefit now, but who will eventually be eligible. Remember: this is not a path to citizenship and does not afford a person the right to vote – it’s simply a stay of deportation and eligibility for a work permit.

“These sorts of demographic details are important as the federal government gears up to implement the deferred action initiative, and as community groups prepare to assist the populations they serve in taking advantage of this opportunity,” the report says. 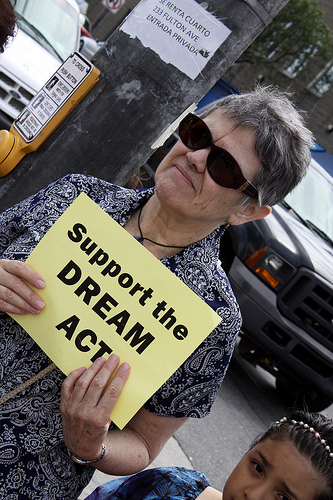 The Dreamers hail from states known for attracting immigrants. More come from California than any other state, with 412,500; the next closest is Texas with 227,700, and after that, Florida and New York, with 86,000 and 70,000 respectively.

Nationally, nearly 7 out of 10 beneficiaries are of Mexican origin, but New York bucks that trend, with more immigrants coming from Canada, Central America, and the Caribbean (22,800) than Mexico (15,700), and with Mexicans representing only 22 percent of the total number of beneficiaries.

Click here to read the analysis and here for a breakdown of beneficiaries by congressional district.

With research by Michelle Gil.