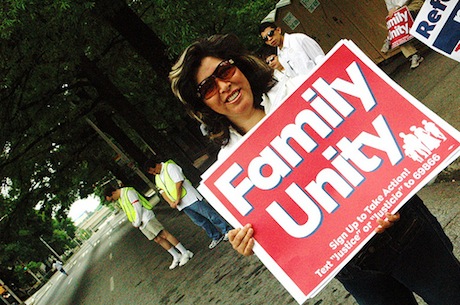 The Obama administration announced a change in policy on Friday that will allow undocumented immigrants with US-citizen spouses and children to remain in the country while applying for something called a family hardship waiver. By Saturday, we were already hearing about people being ripped off by notarios claiming there was a new “ten-year amnesty.” There isn’t, so let me tell you who is affected by this policy adjustment and the basics of what people should do.

This change impacts only two groups of people:

—The spouses of US citizens

—The children of US citizens

A spouse is someone to whom you are legally married. Because of the Defense of Marriage Act, that excludes same-sex couples, even those whose marriages are recognized by states like New York. A child is defined as a biological, adopted, or step- child who is under 21 and unmarried.

Under the law, illegal presence in the United States of more than six months requires the spouse or child to leave the country for three years. Unlawful presence of more than a year requires living 10 years outside the US. However, for spouses and children of US citizens, there are “waivers”—basically forgiveness—available under certain circumstances. Under the old policy, the spouse or child had to leave the country and wait abroad to find out if the waiver had been granted. Under the new policy, a decision on the waiver will be made before the spouse or child goes abroad for their visa interview.

This is a big advantage, but as I have said, it only helps a limited group of people. Do not be mislead by people trying to steal your money. If you are not the spouse or child of a US citizen, this policy does not apply to you.

If you are the spouse or child of a citizen, my advice is to quickly file your application. The Obama administration may be out of office by the end of January 2013, just a year from now, and the policy may change again, and this time for the worse. If you wait to apply until the summer you may find that your case is not decided before a new president comes into office.