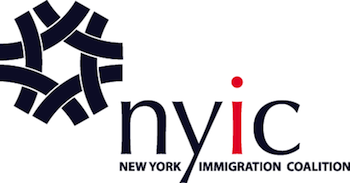 While there is a lot of talk among politicians about lowering taxes on the rich, Congress is simultaneously looking at raising taxes on immigrants without a Social Security number if they are the primary wage earner in their household. Here is the call to action from the New York Immigration Coalition:

Congress is on the brink of denying the Child Tax Credit to immigrant families, regardless of the fact that they paid their fair share in taxes.

Congress is considering a policy this week that will devastate over 5 million children in immigrant families across the country by eliminating the Child Tax Credit for households who pay taxes with an Individual Tax Identification Number. The proposal on the table would pay for the payroll tax cut by forcing these immigrant families, who are already struggling to provide for their children, to pay on average $1,800 in new taxes. This means that millions of hardworking immigrant families will receive tax increases, while the wealthiest among us who can afford to pay more, remain protected.

Tell Members of Congress you oppose paying for the payroll tax cut by hurting children in the lowest income immigrant families. All of the families affected by this proposal pay income and payroll taxes. These families rely on every dollar of the Child Tax Credit to pay for childcare, housing, groceries, and other basic necessities. We must stand together to tell Congress not to raise taxes on working poor families by making them ineligible for the Child Tax Credit.

Say you oppose paying for the payroll tax cut on the backs of working families.