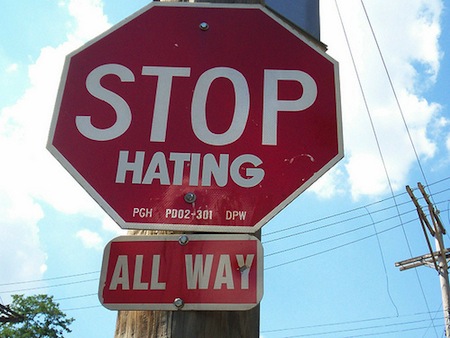 An immigrant rights group based in Chicago filed a complaint last week on behalf of 13 LGBT immigrants who say that they were abused while in immigration detention facilities.

The complaint by Heartland Alliance details some of the abuses, which they say were specifically aimed at LGBT immigrants.

For instance, according to the Heartland Alliance, a facility in Santa Ana, Calif., has a policy of keeping transgender detainees in 5-by-9-foot cells 22 hours a day, with only two hours in a common room, and denying them hormone treatments. After time in the common room for one transgender prisoner was cut to just 45 minutes and the prisoner asked why, a guard said, “Because you need to learn not to be a faggot.”

At the McHenry County Jail in Illinois, an HIV-positive transgender inmate said she was physically assaulted and on two separate occasions sent for two days to a basement cell where she was not fed or clothed properly, according to the complaint. She also said that during her nine months in custody, she was allowed contact only with guards, not other prisoners, as “the officers say the detainees can only talk to members of the same gender and say that I am not any gender.”