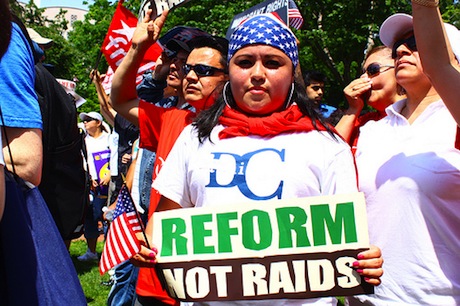 With all of the talk in the 2012 presidential campaign about competing immigration plans, from electric fences to “self-deportation,” you might think that this is America’s most pressing issue.

According to a new poll from the Pew Research Center, however, it isn’t even close to the top of Americans’ concerns. In fact, it has fallen to 16th place among hot issues, with only 4 out of 10 Americans classifying it as a top national priority. The economy, tax fairness, and the influence of lobbyists all rank higher.

With undocumented immigration down to modern lows and with border security at an all-time high, voters don’t seem as focused on the issue, for good and evil, as they were just two years ago when Arizona’s anti-immigrant law was passed.