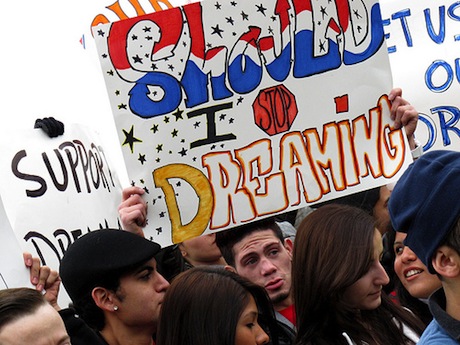 Jacqueline Saavedra, a 27-year-old senior at Touro Law Center, a Bay Shore resident, and undocumented student, reflected upon Obama’s statement: “When I heard the announcement, at first I was skeptical, but then I realized that it wasn’t just a statement, and that I would actually qualify.”

Saavedra is one of many undocumented students who would benefit from the bill. Nationally, 65,000 undocumented high school students graduate every year.

Glen Cove resident Maria Contreras, 24, is one such student. She graduated in 2010 from Stony Brook University, but after her graduation found that her employment was not an option. Under the president’s new policy, Contreras will be granted a work visa and will be able to pursue work in her field. However, she, like many others, think that more needs to be done.

“I believe President Obama’s announcement stands as a sign of great progress, but we must not forget that this is a temporary solution. What we need now is an all-encompassing reform that not only removes the threat of deportation, but provides a solid path to citizenship,” said Contreras.

Saavedra agreed: “This doesn’t offer a path to citizenship, but it’s a step in the right direction. It’s something that we’ve been waiting on for a very long time.”

On behalf of Long Island Jobs with Justice, a leader in the immigrant rights movement on Long Island, we are so thankful that the Obama Administration is taking leadership on this issue and while we have a long way to go, today, we must celebrate. Tomorrow, we will fight.

Charlene Obernauer is the executive director of Long Island Jobs with Justice.