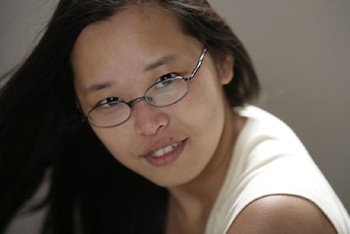 Back in 2001, then 18-year-old Chicago resident Tereza Lee was accepted to several of the nation’s finest conservatories to study concert piano. But her parents, Koreans who had immigrated to Brazil and then to the US, were destitute, and, as Lee soon found out, she couldn’t be considered for federal financial aid because of her immigration status.

“We lived in a basement, no furniture, bugs and mice, no heat or hot water,” Lee said. “We slept in hammocks and wore coats to keep warm.”

Lee says she was forced to learn to play the piano in church and fell in love with it.

When she learned she was undocumented, she realized she would be unable to go to college

“I threw the idea out the window that I could go to college,” said Lee. “Because I was undocumented that kind of thing was not possible.”

At the time, Lee was a student at Chicago’s prestigious Merit School of Music, and the school’s artistic director, the late Ann Monaco, contacted Illinois Senator Dick Durbin on her behalf, according to Dream Activist.

Lee’s story inspired Durbin to help draft and sponsor the DREAM Act, a bill that would create a pathway to citizenship to young undocumented immigrants who attend college or serve in the military.

The pianist was eventually accepted to the Manhattan School of Music and went on to obtain US citizenship. However, she still advocates for the DREAM Act, as she told ABC during a recent return to Chicago:

“I am a proud U.S. citizen. I voted for the first time last month, and i was grinning from ear to ear,” said Lee. “Senator Durbin changed my life with the DREAM Act. Passing it will change the lives of millions of other students.”