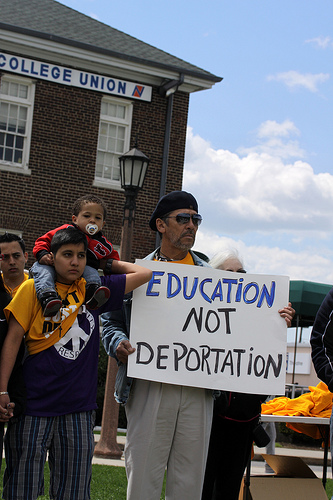 President Obama’s campaign literature talks about his support for the DREAM Act.

With that in mind, Dream Activists are asking him to stop using the legislation to raise money if he is not willing to take steps to improve the lives of young immigrants.

The national youth immigrant rights group United We Dream put this strategy into practice last week, protesting outside an Obama fundraiser in Boston.

“We needed this kind of leadership last year,” said Carlos Saavedra, a national coordinator for United We DREAM. “Now we have very small chances in Congress, but he still has an ability to secure the lives of DREAM Act youth.”

The group’s petition, which has more than 1170 signatures, is part of a broader effort in the immigration advocacy community to lobby for executive action for DREAM Act-eligible young people.