There have been fewer confirmed deaths of migrants crossing the border in Arizona this year compared with the same period a year ago, according to an August 16 article in The Arizona Republic:

“The Border Patrol’s Tucson Sector has recorded 132 migrant deaths through July 31, a 38 percent drop compared with the 212 migrant deaths logged during the same 10-month period in the fiscal year before,” the newspaper reported.

A 38 percent drop in any fatality might seem like a change for the better. In this case, however, the statistics are deceiving: The decrease in deaths is widely believed to be an indicator that fewer migrants are crossing illegally, the newspaper reported. That means that, in all likelihood, crossing the desert isn’t any safer—there are just fewer people attempting it.

While the Republic was highlighting the drop in recorded migrant fatalities, evidence of the ongoing crisis—if 132 confirmed deaths this year and over 6,000 since 1994 isn’t enough—surfaced at the same time.

Nine people were reported missing while crossing the Arizona desert during the week leading up to the Republic article, according to Kat Rodriguez, a spokesperson for the Coalición de los Derechos Humanos(Human Rights Coalition). In the week that followed, the coalition received calls about three more migrants gone missing in the desert. 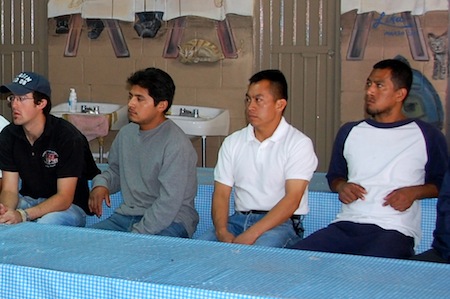 Rodriguez said that the Coalicion de los Derechos Humanos over the past year has registered about 60 cases of undocumented migrants who have gone missing in the desert.

“I think that these cases tell us that it’s not the time to celebrate. The federal government has reported a decline in the number of deaths of undocumented (migrants), but still during the current year more than 140 people have died,” said the activist. 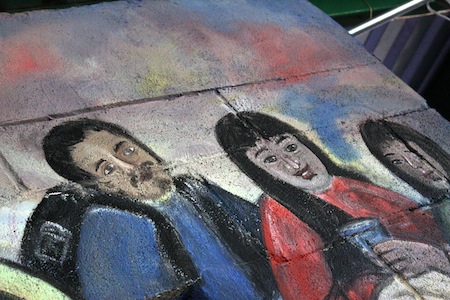 A mural at El Comedor depicts The Last Supper, with a migrant Jesus (not shown) flanked by migrant apostles. (Photo credit: Ted Hesson)

For a group of Long Islanders who traveled this May to the US-Mexico border near Arizona, the reality of the crisis is, sadly, no surprise. I accompanied the delegation to Tucson, Arizona, and Nogales, Mexico, and have since posted photos, audio, and video from the trip, as well as several print stories (click here for an archive).

While on the border, we visited El Comedor, a soup kitchen in Nogales for recently deported migrants. After anything from days to months in US immigration detention, migrants—many of them traveling with little more than what they might carry in their pockets—are sent across the border and left to regroup with minimal aid or guidance.

We learned that it’s not uncommon for migrants to undergo deportation and immediately begin planning a return trip to the US, driven by economic necessity and familial ties. Despite the awful risks, people continue to cross.

That harsh truth was evident to Aldo Michelis, a volunteer at El Comedor who is currently training to become a Jesuit priest. 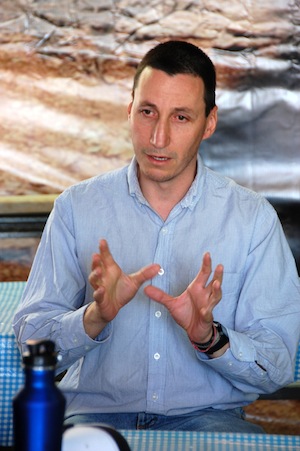 “This is not people trying to seek an American Dream, or trying to seek a high standard of life,” he said. “It’s a huge need; sometimes it’s survival…They know they’re exposed to raping, to kidnapping, to death, to dehydration, and yet the need is so huge that they’re still willing to expose themselves to these risks.”

Watch Michelis speak about the forces that drive people to migrate to the US, and how the media distorts the reality on the border:

You can watch an overview of the border delegation here:

Video shot by Ted Hesson and edited by Amanda Treco.