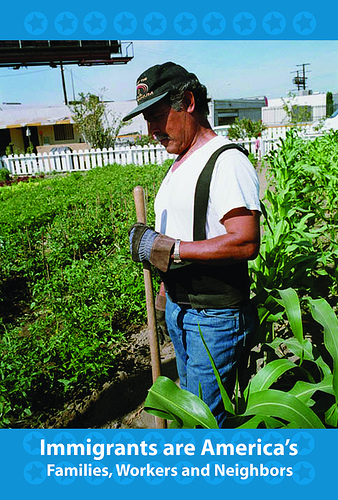 Across the country, protestors will gather today to oppose legislation that would make it mandatory for employers to check the immigration status of their workers using E-Verify, an oft-criticized federal database.

A recent editorial in The Wall Street Journal points out some of the more obvious flaws with the database:

Chronic problems with speed, cost and accuracy bedevil E-Verify. With all the inaccuracies in the database, up to 1.3 million U.S. citizens and legal workers will be mistakenly flagged for problems if E-Verify passes, according to the National Immigration Law Center. Good luck to those who’ll have to sort out their records at the local Social Security office. A 2009 report for the Department of Homeland Security found that 54% of undocumented workers would slip through the E-Verify net, partly because [undocumented immigrants] use stolen documents.

On Long Island, opponents of the bill—concerned with immigrant worker rights and the economic impact of the legislation—will protest outside Peter King’s office in Massapequa Park today at 4:30pm.

Here are the details via a press release from The Workplace Project and the Long Island Immigrant Alliance:

Long Island, NY – On Thursday, members of the House of Representatives will discuss H.R. 2164, the Legal Workforce Act, a bill that would mandate every business in America adopt the use of a Department of Homeland Security computer system known as E-Verify to screen all employees. E-Verify is an internet-based program that allows employers to electronically verify the employment eligibility of all employees, including potential hires, with DHS and the Social Security Administration.

“E-Verify is a death sentence for small businesses.  Long Islanders need policies that create jobs – not job killer laws,” stated Luis Valenzuela, director of the Long Island Immigrant Alliance. If passed into law, E-Verify will kill jobs and hurt economic recovery because it will raise costs for small businesses even as they struggle in this difficult economy. This increased cost will deter businesses from hiring new employees, affecting not only immigrant workers and their families, but all workers and businesses in America.

This bill is driven more by divisive politics than any rational policy-making. “Congressman Peter King is known for his intolerant attitude towards immigrant communities, and believes that supporting this bill, which penalizes workers, is a solution to the problem of immigration” said Omar Angel Pérez, director of The Workplace Project. “We want to send a message that this is not a solution for workers in Long Island or the rest of the country.”

Opposition to mandatory use of the E-Verify is also grounded in concerns over inaccurate databases that deprive lawful workers of jobs, weak technology and infrastructure that do not protect personal data from cyber threats, and the threat to privacy rights. If passed, 770,000 citizen and legal workers will wrongly be marked as ineligible for work due to errors in government databases, which can be triggered by something as simple as a marital name change.

“The House Republican’s plan to expand and impose the deeply flawed and bureaucratic E-Verify system on every business in the country will subject millions of workers, including U.S. citizens, to discrimination and potentially unfair firings,” said Hector Figueroa, Secretary Treasurer of SEIU 32BJ. “Undocumented immigrant workers are overwhelmingly law-abiding taxpayers, and not common criminals or threats to our safety. They live and work in our communities, contribute to our economy and are a vital part of our economic recovery.”

On Wednesday September 14th, 2011, state and local organizations, local workers, community leaders and unions will come together in solidarity to warn the community, and every worker and business in New York, about E-Verify. If anti-immigrant politicians in Washington are allowed to pass E-Verify, everyone will feel the negative impacts.

For more information on E-Verify:

Here’s a release from the National Day Laborer Organizing Network on the greater action across the country:

Nationwide Actions Condemn E-Verify Program as Direct Attack on Immigrants, Workers and the Economy
Congress Should Protect Workers’ Rights, Not Undermine Them

September 14, 2011. New York, NY –  Community leaders, small business owners, and workers are participating in a nationwide day of action to speak out against H.R. 2164, legislation presented by Texas Congressman Lamar Smith, which would make the E-Verify program mandatory for nearly every employer in the United States.  This legislation is expected to be taken up by the House Judiciary committee for markup at the end of this week.

Mandatory E-Verify is a jobs killer. It is bad for working people, bad for business and bad for the economy.
If Congress mandates the use of E-Verify, forcing every business in the country to screen every employee with an error-ridden Department of Homeland Security computer database, over one million workers will likely lose their jobs. Industries like agriculture that rely on immigrant workers will be devastated, while small businesses will be taxed by having to shoulder the significant costs necessary to implement the computer system.

Anti-immigrant extremist politicians in Washington champion E-Verify and the bill has been a key component of notorious anti-immigrant hate legislation at the state level, like HB 56 in Alabama. While the United States has historically been a nation of immigrants, E-Verify panders to a vocal anti-immigrant minority that has dominated the immigration discussion.

Local actions point out that E-Verify will hurt all businesses and the fragile economy, and will leave workers more vulnerable to abuse on the job by giving unscrupulous employers yet another tool to use against workers who try to stand up for their rights.

“The truth is that E-Verify is a jobs killer and that the system needs to be fixed. We need comprehensive solutions to raise wages for our workers, make sure they work in good conditions, and ensure that everyone is on a level playing field,” said Jaime Contreras, SEIU 32BJ District Chair.

Small business owners are joining local actions because E-Verify will place a significant burden on small businesses, raising their costs even as they are struggling in this economy. Almost every business—no matter how small—will be forced to implement this complicated system. For many small businesses, many of which can’t afford a human resources department, this could be disastrous. The estimated cost to small businesses is $2.6 billion, according to Bloomberg News. More than 770,000 citizen and legal workers will wrongly be marked as ineligible for work due to errors in government databases.

“This E-Verify proposal is bad for small businesses, bad for our workforce, and bad for the country’s bottom line,” said small business owner David Borris.  “We need the U.S. Chamber to listen to small business, and withdraw its support for this flawed proposal. Why is the Chamber nibbling around the margins and accepting a piecemeal non-solution that will have a serious negative impact on small businesses?”

Image courtesy of the Korean Resource Center via Flickr.