On March 28, I traveled to Guatemala City to follow the story of Emily Ruiz, the four-year-old Long Island girl who, despite being a US citizen, was sent to Guatemala when her grandfather was deported earlier that month.

With the approval of her lawyer, David Sperling (who also blogs on this website), I was lucky enough to meet with Emily and her family on the night before her flight out of Guatemala. Various news outlets, including CNN and the Spanish-language news agency EFE, picked up the exclusive video and photos from the meeting.

The following day, Emily boarded a flight bound for Kennedy Airport where she would soon reunite with her parents. But instead of following her back home to New York, I stayed in Guatemala for the rest of the week to seek out stories similar to that of Emily.

I soon met with two local migration experts who greatly assisted my reporting: Marila Rojas de Prinz, who has worked for various Guatemalan government agencies related to migration, most recently as the coordinator for the National Forum on Migration in Guatemala; and Richard Avena, the former Southwest regional director for the U.S. Commission on Civil Rights, now teaching immigration law and policy at the University of San Carlos in Guatemala City.

With their help, I found my way to San José Calderas, a small village a few hours outside the capital. 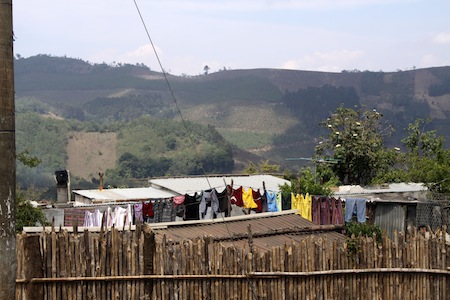 Calderas stands out from other Guatemalan villages in that it is populated by former residents of Postville, Iowa – a town best known for a 2008 immigration raid that led to the deportation of hundreds of undocumented immigrants and devastated the economies of both Postville and its sister villages in Guatemala, which had grown dependent on remissions.

After the deportations, many of the remaining Guatemalan immigrants in Postville decided to leave; some followed relatives who had been deported while others left because of worry over future immigration raids. As the deportees and their families returned to Guatemala, they brought their US-citizen children with them.

The result is a generation of American children consigned to live abroad due to the strictures of the US immigration system. Since the parents of these children are undocumented, the children, by extension, are treated as if they are undocumented, as well.

Living outside the US in places like San José Calderas, these children face the ills that accompany poverty, like poor healthcare, inferior education, and limited future employment opportunities, as well as a lack of basic necessities like clean drinking water. 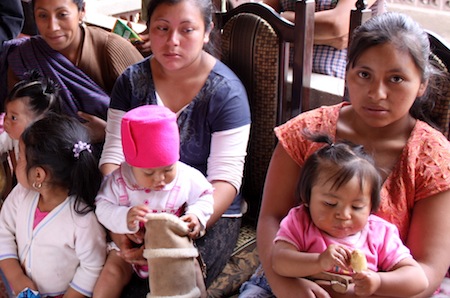 Another problem, according to Rojas de Prinz, is that when parents bring their US-citizen children to Guatemala, the parents don’t always register them as Guatemalan citizens. As a result, some of these children face exorbitant fines when they try to leave the country as adults.

“They come here and they think that because you have Guatemalan parents, you’re already Guatemalan,” Rojas de Prinz says. “But they have to register themselves.”

In such instances, American citizens in Guatemala can be blocked from returning to the states until they produce a sum of money that will satisfy the Guatemalan government, she says.

According to an official from the State Department, the US has little obligation to citizen children living abroad, even if those children left the country under extenuating circumstances, such as the deportation of a parent. Consulates will direct US citizens to groups that can provide services, but there is little outreach by consulates to places like Calderas. 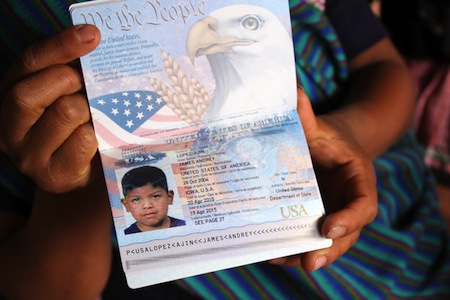 The Postville case is one of the clearest examples of American children forced abroad by immigration policy, but it’s hardly an aberration.

From 1998-2007, 2.2 million immigrants were deported from the US, and of those immigrants, more than 100,000 were the parents of US-citizen children, according to a 2009 report by the Department of Homeland Security. In addition to the children of deportees, there are also the US-citizen children whose parents take them out of the country because of the deportation of a relative or because of the parent’s concern over his or her own immigration status.

Homeland Security does not maintain statistics on the number of citizen children forced to leave the country because of the immigration status of a parent, but based on the number of parents deported, the population of child exiles could amount to a small city.