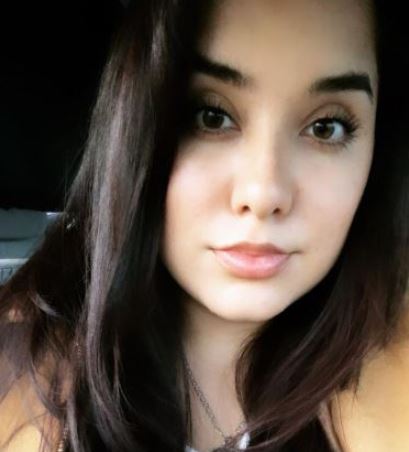 I grew up listening to the stories. Hushed whispers of taboo names and retellings of the pain and suffering of my people. Although the words themselves were horrific, the moments of silence between them were worse. The look in my mother’s eyes and the quiver on my grandmother’s lips said all that they couldn’t. I grew up with these stories, only they weren’t really just stories… they were warnings.

There are a few things I remember vividly about my grandmother before her cancer began to claim her life. One of the most prevalent memories being her fear. Fifteen years after the dictatorship ended, she still couldn’t utter the name of our beloved fallen president, Salvador Allende, whose name had been prohibited by Pinochet after he had forcibly taken Chile under his control.

“We are in the States now, Mama,” my mother would tell her. “We can say his name here. No one can hurt you now.”

One look at my grandmother wringing her age spotted hands together and her glossy eyes let us know she was unconvinced. She was entirely inhibited by the fear that was badgered into her.

This is the same fear my mother feels when looking at figures of authority. No matter what country or how many years after the fact, she could never trust anyone again. Not after seeing the tortured bodies of those who used to be her teachers, hanging and tied up inside what could be compared to a concentration camp just fifteen minutes from her house. Not after seeing her home being ripped apart by soldiers in the middle of the night, claiming to be looking for weapons when in reality they were looking for any clue of opposition. These clues could be a book, a picture, a vinyl.

When I was young, these stories seemed incomprehensible. I bragged to friends at school about how badass my mom was because fear wasn’t enough to stop her fifteen-year-old-self from yelling out her teachers’ names so that someone would remember them, so that someone would know they existed and know that they were being tortured.

Videos of soldiers beating children. Proof of police snorting cocaine on their patrols to keep themselves going. Soldiers setting fire to supermarkets or stealing from them and blaming the protestors. A video of several soldiers beating two civilians, then giving them ten seconds to run home. They shot all five.

“I already saw things like this growing up,” my dad said when I showed him. “The problem now is knowing what’s true and what’s not.”

But I don’t need to see fear with my own eyes to know it’s real. I have proof of it at the tips of my fingers. All I needed to do was scroll through Instagram or Facebook.

Or open my family group chat on WhatsApp. The one with my dad’s whole family. His four sisters and brothers and their children. The one littered with pictures of their grandchildren and family vacations and dinners we wished we could share. Now it’s littered with videos of abuse and messages filled with worry.

My heart hurt in a way that I didn’t know it could, knowing that the woman who was only two years older than my father, but did everything to raise him and their younger siblings, was scared.

“Get your passports ready,” my dad wrote.

“If anything happens, we’d rather have you guys here, safe with us.” my sister sent.

I tried to picture the Contreras family in my home. It had to be more than twenty people. How would we rearrange the house to make them all fit? How many beds would we have to buy? We would have to get rid of the piano in my room. I think one of my uncles plays piano though, maybe he would want to keep it. Would we even take them sightseeing? Who could enjoy seeing Times Square with such heavy hearts?

But then again, if Chile decided to hand over the government to the military, as a voluntary coup d’etat instead of the forced one of the 70s, would there even a way for my family to get out? If already, a day into the sociopolitical unrest, roads and bridges were burning?

“Grita tu nombre.” That’s the advice Chile’s citizens are giving each other now. “Yell out your name if they stop you” because they have enough experience with people being arrested and then never being seen again. There’s still no set number on how many people disappeared in the 70s, only that it’s more than 1,500 but any Chilean that lived in that time will tell you it’s way more than that. So, yell out your name, so that someone knows you’re gone. So that someone knows you existed.

“Go home before the curfew starts,” my dad orders in the group chat.

“Los jóvenes no saben,” my mother says. The young people don’t know how bad it can get.

But the young people aren’t afraid the way their parents are. They aren’t traumatized yet. They’re enraged.

“I would join them if I could,” my mother said, as we watched videos of 1.5 million people marching, hitting their wooden spoons against their pots and pans. Waving their flags with the words “We are not at war.” written on them. Blue for the skies, white for the Andes, and red for the blood spilled in the fight for freedom. The blood that continues to spill. Taking to the streets with guitars, singing songs by Victor Jara, an activist, musician, and professor who was tortured and killed in the first dictatorship. As the crowd joined in on the song, “El derecho de vivir en paz, The right to live in peace,” my throat tightened. It was like a siren song calling to our blood. I knew that if I could march along with them, I would too.

“If it weren’t for you,” my mom continued. “I would get on a plane right now.”

But for now, all we could do is have the courage to have hope and anger over fear and sadness.