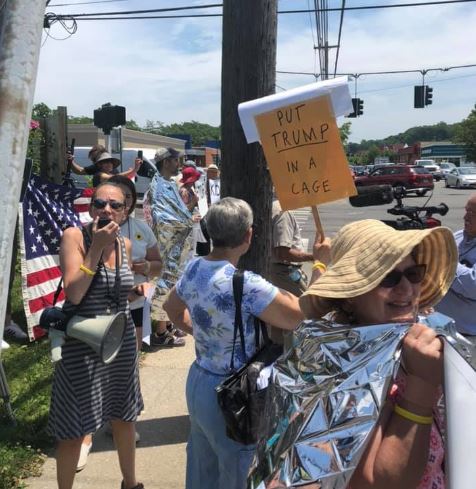 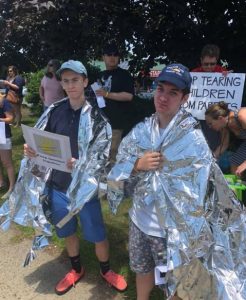 convergence of Route 110 and Jericho Tpke. in Huntington Station to protest the continued detention of children by the Department of Homeland Security. Many said they attended the rally in 95 degree heat because they could not stand by after seeing the image of a drowned Salvadoran father and his baby daughter. Others expressed disgust at the denial of even inexpensive supplies like soap for the detained children.

A number of the protesters were wrapped in Mylar blankets, the only kind of bedding provided to many of the children.

Recent reports of horrific neglect of the child detainees have reignited the pro-immigrant movement on Long Island. 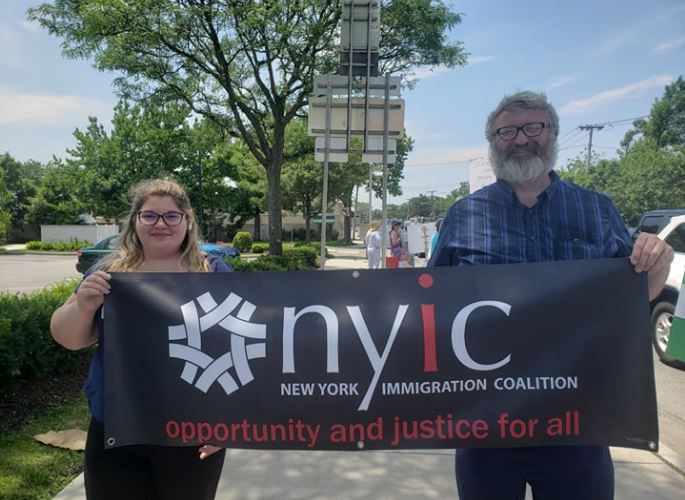