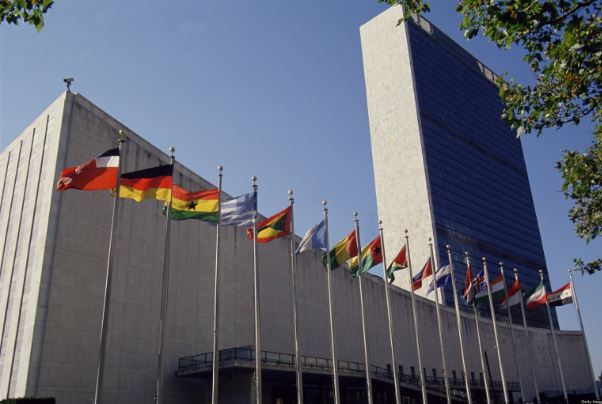 The mayors of three great World Cities issued a call today for the protection of refugees. New York Mayor Bill de Blasio, Paris Mayor Anne Hidalgo, and Sadiq Khan of London published their joint statement in the editorial pages of the New York Times. We reprint the Mayors’ Call:

World leaders are gathering in New York this week for the United Nations General Assembly, and at the top of their agenda sits a refugee crisis that has reached a level of urgency not seen since World War II. The United Nations Summit for Refugees and Migrants and President Obama’sLeaders’ Summit on Refugees represent a watershed moment that is putting a global spotlight on the need for an effective response to a growing humanitarian crisis.

Our shared perspective is informed by the sober awareness of the dangers we face. In the aftermath of an explosive device going off in the Chelsea neighborhood of New York last weekend, and other attacks in cities throughout the world, we recognize that the security of all our residents is paramount in large, open, democratic societies. But it is wrong to characterize immigrant and refugee communities as radical and dangerous. Therefore, we must continue to pursue an inclusive approach to resettlement in order to combat the growing tide of xenophobic language around the globe. Such language will lead only to the increased marginalization of our immigrant communities, and without making us any safer.

As the mayors of three great global cities — New York, Paris and London — we urge the world leaders assembling at the United Nations to take decisive action to provide relief and safe haven to refugees fleeing conflict and migrants fleeing economic hardship, and to support those who are already doing this work.

We will do our part, too. Our cities pledge to continue to stand for inclusivity, and that is why our cities support services and programs that help all residents, including our diverse immigrant communities, feel welcome, so that every resident feels part of our great cities.

In New York and Paris, for example, municipal ID programs have achieved great success in increasing a sense of belonging among immigrants and allowing for greater access to services like bank accounts and veterans benefits and city resources like libraries and cultural institutions. In less than two years, New York’s municipal ID program, known as IDNYC, has signed up over 10 percent of the city’s total population and garnered strong praise from a diverse coalition of community members, advocates and institutional partners.

Programs like IDNYC build safer cities because immigrants and refugees know that they are included and recognized by their governments. In New York, the Police Department was a crucial partner in the establishment of the municipal ID program, as residents are more likely to report crimes when they have a form of ID that is accepted by law enforcement. In Paris, new measures such as the Carte Citoyenne and the participatory budget, which lets Parisians decide how to allocate a percentage of the city’s annual spending, offer the opportunity to all residents to take part in civic life and become local stakeholders, without any restriction.

Investing in the integration of refugees and immigrants is not only the right thing to do, it is also the smart thing to do. Refugees and other foreign-born residents bring needed skills and enhance the vitality and growth of local economies, and their presence has long benefited our three cities.

In New York, nearly half of all small-business owners are immigrants who contribute to the tax base and expand job opportunities for other New Yorkers. London recently began a publicity campaign, #LondonIsOpen, which highlights similar success stories, drawing from the three million Londoners who were born abroad and contribute to the city’s creativity, vitality and entrepreneurial spirit.

Our cities are also on the front lines of helping those fleeing violence or persecution connect to critical, often lifesaving, services. Paris is one of the first major municipalities to open a refugee center in the heart of the city. Beginning in October, the center will provide services and basic necessities, as well as administrative support, to 400 refugees. New York has placed city representatives in immigration court to connect the thousands of unaccompanied children from Central America seeking asylum to crucial health, education and other social services. Last year London boroughs provided support to more than 1,000 unaccompanied, asylum-seeking children, and the city is now developing new ways of working with communities to offer support to resettled refugees.

We know policies that embrace diversity and promote inclusion are successful. We call on world leaders to adopt a similar welcoming and collaborative spirit on behalf of the refugees all over the world during the summit meeting this week. Our cities stand united in the call for inclusivity. It is part of who we are as citizens of diverse and thriving cities.