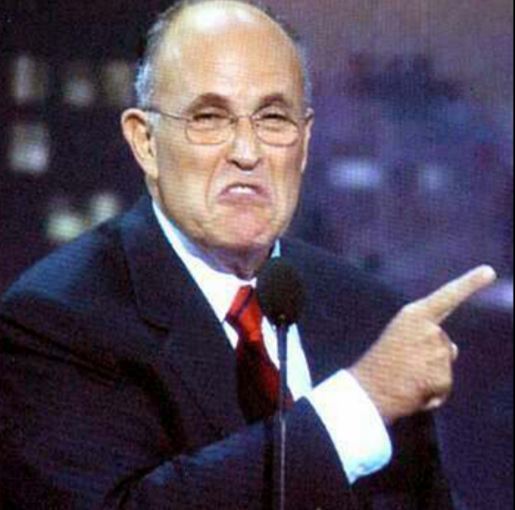 The Commercial Finance Association (CFA) has apologized to its members for racist remarks made by former-Mayor Rudolph Giuliani at its awards dinner. The ex-mayor had been invited to speak about business leadership, but instead he had gone on an anti-immigrant tirade. An e-mail was sent by the head of the CFA to attendees that read in part:

At CFA’s 40 Under 40 Awards last Thursday night, keynote speaker Rudolph Giuliani veered sharply off course from the leadership message he agreed to deliver and presented unscripted personal opinions which were independent of CFA’s political position or core values…While we, the event organizers, made every attempt to direct Mr. Giuliani’s remarks ahead of time to focus on leadership, for which he is renowned and has authored a book, there is always the possibility of such a surprise at a live event…For those of you who were offended by Mr. Giuliani’s remarks, please accept my sincere apology.

Giuliani’s remarks were not recorded, but a witness told the New York Observer that the audience was “shocked” by them. According to the witness, “Rudy talked about immigration and made a really, really inappropriate comment about the quote-unquote Mexicans in the kitchen at the Waldorf…It was bad. You could hear a pin drop. I think he was looking for applause.”

The CFA apology says that:

CFA abhors discrimination of any kind whether it is focused on race, age or gender. We are a nonpartisan organization with relationships spanning both sides of the aisle, which is vital to ensure that our positions are understood no matter which party is in office. These beliefs and approaches will never change. You participated in our 40 Under 40 Awards because you support CFA’s effort to attract and retain the next generation of talent by illuminating and celebrating their achievements. You want to encourage young people, regardless of ethnicity, age, gender or religious belief to embrace our industry.