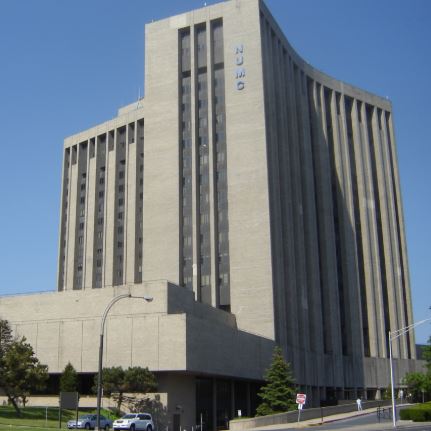 In an outrageous move on Tuesday, Nassau County Executive Laura Curran announced via e-mail that she was moving ICE out of a trailer at the Nassau County Jail and into an unused building at the Nassau University Medical Center next door. While the new ICE center will not be in a patient treatment area, it will be right next to a staff parking lot on the hospital’s small campus.

The decision compromises the medical care of the thousands of immigrants who use the medical center every year. Having ICE on the grounds of the county’s public hospital will create fear of going there for treatment among immigrants. Although the County Executive has said that ICE will be in an area not used by patients, immigrants know, by her announcement, that ICE is at the Nassau University Medical Center. They will also see ICE vehicles coming and going at one of the facility’s Carmen Avenue entrance. In addition, the many immigrants on the staff of the hospital will be fully aware of the presence of ICE at their workplace. There is no reason to think that they will keep this fact a secret when they return to their communities from work each day.

In other cities and counties around the country hospitals are fighting to keep ICE off of their property. As far as I know, this is the first time a hospital has invited ICE onto its grounds.

In 2017, when Trump first took office, there were numerous unfounded rumors that ICE was outside of a hospital or medical clinic. When the rumor was active, immigrant use of those clinics fell off precipitously. How much greater will the damage be when ICE is really at the medical center, just a few hundred feet past the walls of the hospital? County Executive Curran seems not to have considered the impact this will have on health care for immigrants in Nassau.

Part of the problem is that the County Executive appears to have made this decision without consulting any of the immigrant community groups which she has been meeting with on other issues related to county cooperation with ICE. As far as I can ascertain, not a single group was brought in by Laura Curran to discuss the decision before it was made last Thursday. Over the next four days, the decision to invite ICE to use the hospital grounds for its immigration enforcement work was concealed from community groups and civil rights organizations. Every community leader I spoke to said that he or she learned about the invitation to ICE when Curran’s office sent out a press release yesterday afternoon. Some of them had been in talks with Curran since last February on ICE, and all were shocked that she had not discussed putting ICE on the hospital grounds with them before making the announcement.