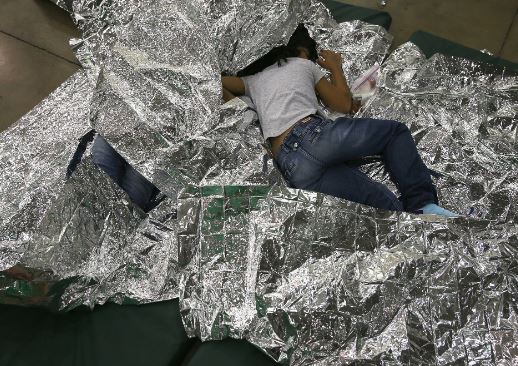 ProPublica’s reporting earlier this week on a Facebook group made up of current and former Border Patrol members has stirred up widespread condemnation of the 9,500 people participating in it. The group, named “I’m 10-15,” a code used by Border Patrol to signify that an agent has an “Alien in Custody,” is filled with racist and pornographic references to immigrants and non-white elected officials.

Just last Thursday, the House of Representatives passed legislation giving over 4 Billion Dollars in emergency funding for Border Patrol and other Federal agencies for use at the Southern Border. While human rights advocates begged that minimum standards for treatment of child detainees be put into the funding, all four Long Island Congressional Representatives voted to fund without the necessary humanitarian conditions. Representatives Zeldin, Suozzi, Rice, and King apparently believe that the same people who posted a grotesque photoshopped image of Latina Congresswoman Alexandria Ocasio-Cortez being forced to have oral sex with an elderly white man who resembles Donald Trump can be trusted to spend 4 billion wisely.

Following up the image of Congresswoman Cortez being sexually assaulted, a patrol supervisor, wrote of Cortez and another Latina Congresswoman, “Fuck the hoes.” On-line agents suggested that when they visited a detention center that agents throw a “burrito at these bitches.”

The officers made jokes about child refugees dying and one officer argued that the recent photo of a dead father and his infant daughter drowned in the Rio Grande may have been faked by the “dems.”