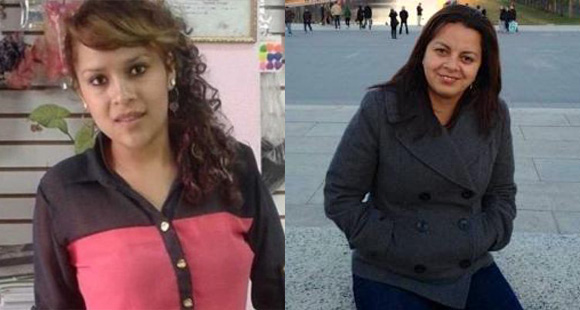 The mysterious deaths of two Latino women from the Hamptons, both found hanging from a tree in secluded wooden areas, have raised questions about how well the police protect and serve the immigrant community.

Andrea Armijos, 21, was found dead hanging from a tree in the woods near her East Hampton home last September. Her death was classified as a suicide, but her family and an independent investigator from a social justice organization believe that there were inconsistencies in the investigation and that the authorities were in a “hurry to close the case.”

The Spanish newspaper El Diario La Prensa (EDLP) reported that Armijos disappeared on September 27. Relatives and friends had been searching for her in the woods that she used to walk through get to her job but they did not find her.

The investigator, hired by Latino Justice PRLDEF, concluded that the police failed to question Armijos’ ex boyfriend who was harassing her, according to EDLP. Armijos’ sister told EDLP that Andrea, who had recently came to the United States from Ecuador, “met her ex-boyfriend on Facebook while she was still living in her country, but she was disappointed when they met in East Hampton and chose to end the relationship.”

Read the original story from EDLP translated in English by Voices on New York. Click HERE.

The second case is about Lilia Esperanza Aucapina, another immigrant from Ecuador. Aucapina was recently found dead hanging from a low branch in a wooded area in Sagaponack, near her home, a month after her disappearance last October. She went missing after a confrontation with her husband and her brother, accusing her of infidelity. She was last seen in a medical center parking lot.

Aucapina came to the U.S. with her husband Carlos two decades ago and have two children. Recently she began divorce proceedings and had an order of protection against her husband. Police arrested her husband for violating the restraining order and considered him the main suspect.

“Friends and Hamptons residents are questioning how Lilia was suddenly discovered close to home despite multiple sweeps of the area,” The Daily Beast reported.

Some in the community question whether the police are doing a thorough investigation.

“The community does not perceive a real effort on their part to eradicate anti-immigrant practices by the police and other justice and law enforcement agencies,” said Martha Maffei, executive director of SEPA Mujer, to EDLP. “What has been ordered on paper is not being done in practice.”

Authorities say they have few leads on her disappearance. Her husband’s lawyer said that Lilia may have harmed herself, but her family doesn’t believe this hypothesis and are waiting for results from the medical examiner, according to The Daily Beast.

Read the complete story by They Daily Beast HERE.