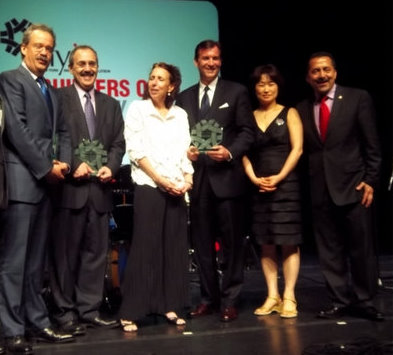 On June 2, former Nassau County Executive Tom Suozzi was honored by the New York Immigration Coalition for creating an environment of welcome and inclusion for immigrants in Nassau during his tenure. I was privileged to be able to present the award to him.

Suozzi created one of the first day laborer centers on the East Coast to address community concerns about workers gathering on the streets of Glen Cove, where he was the mayor.

“People are still fighting about this issue in suburbs around the country,” he told the audience. “But we addressed this problem back in 1994, and did so in a way that everybody won—both long-term residents and newcomers to our community from Central and South America.”

“Those men who were standing on the street corner looking for work back in 1994 are the same men who now have their own businesses as landscapers and contractors,” he said. “They have bought their own homes. Their children are now going to the same public schools as my children. They are living the American Dream.”

In 2007, Suozzi strode onto the national stage when he criticized massive Immigration and Customs Enforcement raids in Nassau that were depicted as gang sweeps, but in fact went after dozens of immigrants with no criminal records. “What ICE officials were doing was wrong,” Suozzi said.

He asked the audience to put themselves in the place of immigrant children “who saw ICE come bursting through the door in the middle of the night, some of them carrying shotguns, to take away members of their family.” He asked, “do you think that child will ever trust law enforcement again?”

Suozzi issued a call to action to the more than 400 people in the room: “We have a lot more work to do together,” he said. “We have a lot of people to convince that are not sitting in this room tonight.” 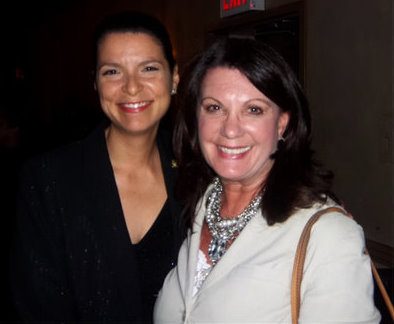 But he reminded them that demagogues continue to fan the fires of hatred against immigrants. “This issue has become an excuse for racism in this country and we have to constantly work to persuade people that we are talking about human beings and their lives.”