Four years ago, right after the first election of President Obama,  Marcelo Lucero was killed in Patchogue. His life and death are recounted in a soon-to-be-released film called “Deputized”. I have seen this film in an early version and found it thoughtful and challenging. It will be shown in December at the Hamptons’ Documentary Film Festival. Here is more information on the film: 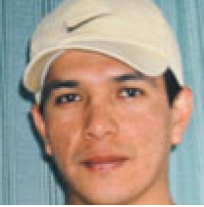 After three years in the making, Deputized, a feature-length documentary about the complex political and social context of the Marcelo Lucero murder has been selected for the Hamptons Take 2 Documentary Film Festival. Deputized will screen at the festival on Sunday December 2nd at 1pm.

This selection comes just weeks before the 4th year anniversary of the fatal attack on Marcelo Lucero. In 2008 the story made national headlines when Lucero was assaulted by a group of teenaged boys cruising the streets “beaner–hopping,” a term used to describe the ritual of attacking Latinos for sport. The film exposes how the adolescent “game” was ignored for at least half of decade by Suffolk County police and officials, resulting in the fatal stabbing of Lucero, the devastation of 8 families—the Lucero Family and the 7 boys’ families—and a
community’s belief in itself. The film probes a county government that tacitly approved of anti-immigrant violence. The screening at the festival will be the Long Island premiere for Deputized.

“We’ve worked long and hard on this and we’re excited about the screening on Long Island,” says Long Island native Susan Hagedorn, director and producer of the film. “This is a film that gets at the core of this issue. After all the media hype, a community has had to come to terms with itself and its leadership.”

Delving deeply into the complex environment in which teens – pumped with adrenaline, aggression, alcohol and anger – target vulnerable Latinos perceived to be undocumented, Deputized dissects the anti-immigration messages and rhetoric flooding the community and raises the question: Were the teens deputized by the forces within their community to commit such a senseless act?

“I went in with certain ideas about what this meant, but the more time we spent there the more I got to know the people I realized it was much more complex than how it was portrayed in the media. My hope is that people walk away from this film with a deeper understanding of the wide impact of anti-immigrant sentiment on communities and youth.”

Deputized features intimate interviews with the victim’s brother; Joselo Lucero, says in the film, “He was an example for me; my brother died because he fought back. The hunting [of Latinos] is over…for now.” The high school principal exclaims, “Someone knew, but no one told,” while Bob Conroy, the father of Jeff Conroy, the youth serving a 25-year prison sentence for the crime, observes how “In a breath, your life has changed. The lives of 8 families have changed in a breath of stupidity. Where does the stupidity lie? Everywhere.” Deputized will premiere on Sunday December 2nd, 1pm at Bay Street Theatre, in Sag Harbor, NY. It will be followed by a Q&A session with the filmmakers.

Susan Hagedorn has been making documentary films for 10 years. Educated and practicing as a nurse practitioner, educator and qualitative researcher, as well as in media studies, Dr. Hagedorn brings a humanistic and intimate style to filmmaking. She founded Seedworks Films as the action arm of the Seedworks Fund, a 501(c)(3) private foundation whose mission is seeding social change. Deputized is her first feature-length film.