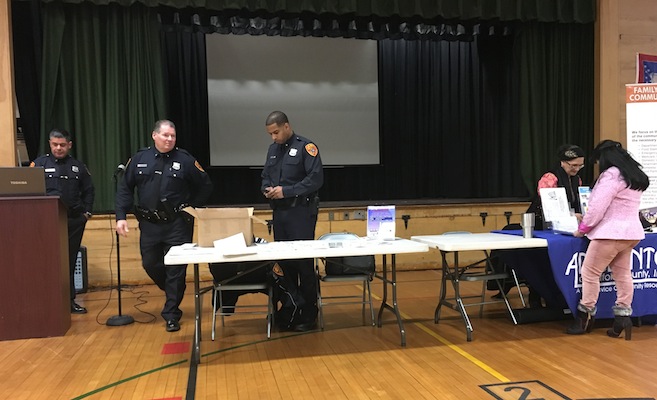 On Tuesday, March 7th, twenty parents and children from the Brentwood School District gathered in the gym at Laurel Park Elementary School to ask Suffolk County Police Department about pressing issues in their community. The forum was co-sponsored by  Adelante of Suffolk County. The Suffolk County Police Department’s Third Precinct was represented by three officers: Officer Wright, Officer Ramirez and Officer Rivera. Officers Rivera and Ramirez addressed the families in Spanish and interpretation services were provided by the Brentwood School District.

The officers informed those in attendance about the latest scams happening in the area, including one in which scammers pretend to lease an abandoned house. Additionally, the police assured the parents that the IRS would never ask for a payment over the phone, nor threaten to deport them. “This is something that will never happen…[the IRS] will always communicate through the mail. If this happens to you, you can call the police and report it,” Officer Ramirez explained.

While the audience was smaller in size, perhaps due to fear of deportation prevalent in the community, the parents had many questions. One of the biggest concerns was gang activity, especially since Brentwood has been home to a lot of activity from the gang MS-13. One mother of five children, who wished to remain anonymous, asked how she could tell if one of her children was joining a gang. “You can see that they write in their notebooks. We see that a lot of young kids tend to write the [gang] letters or make graffiti,” Rivera told her, “When you find their notebooks, look and see if they are writing gang signs. I went to a house the other day where a girl, who was about 8 years old, she was writing MS-13 in all her notebooks.”

Officer Rivera told Long Island Wins that these events act as a bridge between the police and the Latino community: “Everytime we have these meetings, it helps the community understand the police more and helps us understand them more. So when they have any questions that they always wanted to ask, they get to ask those questions, which in other forums they wouldn’t be able to, they’d be afraid to.” 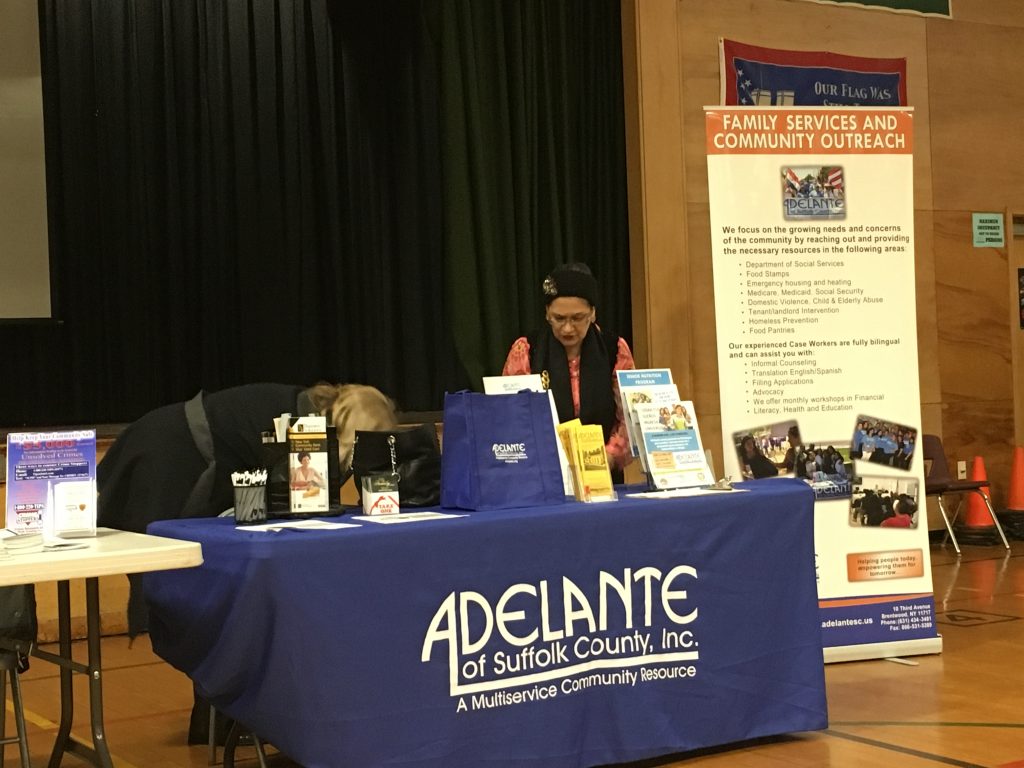 There were also concerns about who to call if there was discrimination in the classroom, how to speak to doctors at the hospital if a child was injured, and what their rights were during an interaction with the police. Adelante of Suffolk County also set up a table so that parents could take pamphlets home with them after the meeting.