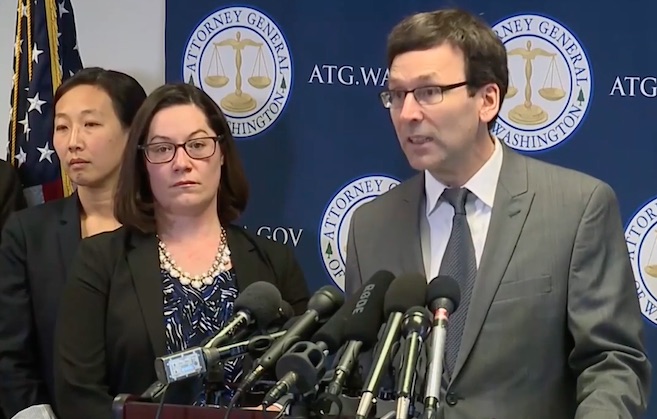 After President Trump signed a new executive order on March 6th issuing a slightly altered Muslim Ban, states began to gear up for another legal battle against it.

The state of Hawaii filed a lawsuit that is set to having a hearing on March 15th, the day before the executive order goes into effect. Washington state Attorney General Bob Ferguson’s office has filed a motion asking a federal judge in Seattle to apply the existing injunction on the first ban to the parallel parts of the new one, meaning that the halt should apply to the parts of the new executive order that are similar or the same to the first one.

“The bottom line is that the court issued, and we obtained, a temporary restraining order on the original executive order,” Ferguson told NPR, “Yes, the revised one is more narrow — that’s a success. But the core constitutional problems remain the same.”

“President Trump’s latest executive order is a Muslim Ban by another name, imposing policies and protocols that once again violate the Equal Protection Clause and Establishment Clause of the United State[s] Constitution,” Schneiderman said in a statement.