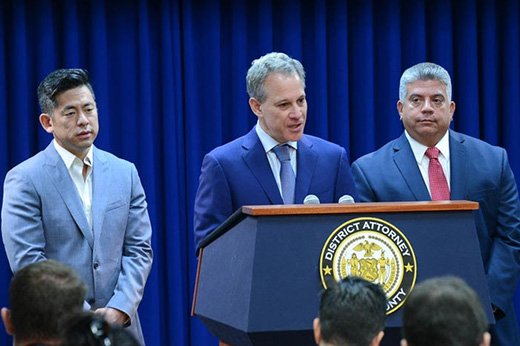 “Targeting immigrants at our courthouses undermines our criminal justice system and threatens public safety. If the Trump Administration continues to arrest people in the heart of our justice system, immigrants will be less likely to serve as witnesses or report crimes – and that leaves us all at risk,” Schneiderman stated.

Numbers from the Immigrant Defense Project (IDP) found that so far this year, about 60 arrests and attempted arrests occurred in state courts. That’s up from 11 arrests reported in 2016, and 14 in 2015.

According an IDP survey from June, it determined that legal service providers said three-fourths of their clients feared going to court because of ICE presence. And, 29 percent of their clients even failed to appear, afraid of the threat from ICE agents.

There were three arrests in Queens at courts in June, according to WNYC.

ICE policy states that they conduct enforcement at sensitive locations only under pressing circumstances related to national security or public safety. However, according to their website, the agency does not deem courthouses as a sensitive location.

“ICE should treat courthouses as sensitive locations, like it does schools and houses of worship, to allow everyone free access to our justice system and stop the chilling effect felt by victims and witnesses,” Gonzalez said in a statement.