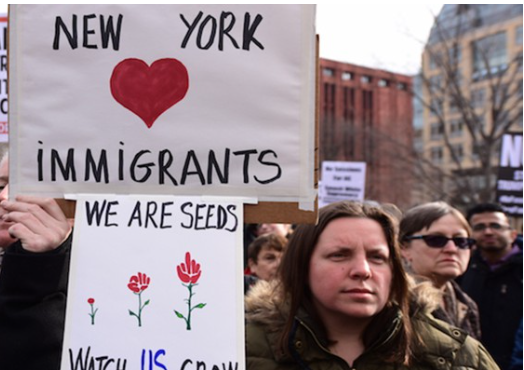 Governor Kathy Hochul today announced that the New York State Department of Labor has approved over $850 million in Excluded Workers Program benefits for distribution in the first month of applications for the program going live. Of these benefits, $250 million has already been released, and an additional $600 million is undergoing final verification for applicants identified as eligible, which is expected to be distributed by the end of the month. The program application launched on August 1, 2021, in 13 different languages, and within one month, NYS DOL received over 90,000 applications, nearly 50,000 of which have been approved thus far. Fund administrators initially estimated that review and processing would take six to eight weeks, but close collaboration among various State agencies allowed payments to go out much sooner.

“The COVID-19 pandemic is not over yet, and as we continue our work to rebuild and recover we know people are still in need,” Governor Hochul said. “The Excluded Workers Fund is a critical lifeline to thousands of New Yorkers who were an integral part of keeping our state running during the worst moments of the pandemic, and that’s why I have pushed to make sure we get money out the door as quickly as possible. This is an important first step – payments are going out ahead of schedule to provide these individuals with the financial relief they need and deserve. I applaud the advocates, community organizations and the State Legislature for making this historic program a reality, and I encourage all eligible New Yorkers to apply.”

“These workers stepped up when the pandemic hit and kept New York moving forward,” New York State Comptroller Thomas P. DiNapoli said. “We’re doing our part to review and process payments quickly so eligible recipients can get the assistance they need.”

The Excluded Workers Fund was created to bring financial relief to thousands of workers across the state who lost income during the pandemic and did not qualify for government-issued COVID-19 benefits is in the final approval stages.

Applicants can apply online 24/7, and DOL’s 600-person multi-lingual call center is available seven days a week, from 7 AM to 7 PM. The EWF application process utilizes state-of-the-art technology, including an EWF virtual assistant that can provide applicants with their application’s status throughout the process. Applicants can also speak with a live representative or receive a callback in 24 to 48 hours. The application and an FAQ document are available in 13 different languages on the Department of Labor’s EWF page.

Approved applicants receive one of two benefit amounts based on the level of work eligibility documentation they provide in addition to verifying their identity and residence. Tier 1 qualifiers receive $15,600 and Tier 2 qualifiers receive $3,200. To date, more than 10,000 applicants have been approved to receive funds, with nearly 40,000 more in the final approval phase. Of those, 99 percent have qualified for Tier 1 benefits. Approved applicants receive a one-time payment on a prepaid card mailed to the address provided in the application. Cards allow for cash withdrawal or purchases with merchants.

Similar to unemployment insurance claims, the safeguards and fraud detection built into the thorough review process are designed to ensure that funds go to eligible applicants, not scammers.

DOL plans to make available a real-time dashboard that will provide the latest EWF program data. 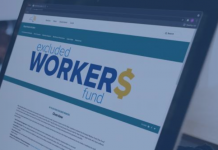