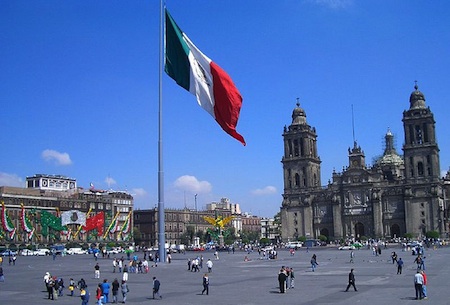 Today’s New York Times reports that new research shows a sharp drop in the number of undocumented immigrants coming to the United States from Mexico.

Douglas Massey, director of the Mexican Migration Project at Princeton, says that the number of new undocumented Mexican immigrants coming to the United States has fallen to its lowest annual level in more than half a century.

“The net traffic has gone to zero,” Massey says, with many undocumented immigrants leaving the US due to the recession. While some of the decline in new border crossings stems from the bad economy in the US and the increase in deportations, much of it is due to internal factors in Mexico.

One of the most important retardants on immigration has been the fall in birth rates among Mexican women. Young women today have one-third as many children as their mothers did in the 1970s.

A second factor has been the increase in educational and economic opportunities in Mexico. While it is common for American talking heads to describe Mexico as a failed state, in fact, the country has seen significant economic growth over the last two decades.

The third factor has been the increased danger at the border caused by the widespread presence of violent drug cartels.