For the first time in history, there is a refugee team in the Olympics. The team of ten refugees will compete under the Olympic flag on behalf of tens of millions of displaced people worldwide. They are athletes from Syria, the Democratic Republic of Congo, Ethiopia, and South Sudan.

At a press conference announcing the team, Thomas Bach, the president of the International Olympic committee (IOC) told reporters that, “these refugees have no home, no team, no flag, no national anthem. We will offer them a home in the Olympic Village, together with all the athletes of the word. The Olympic anthem will be played in their honor, and the Olympic flag will lead them into the Olympic Stadium. These refugee athletes will show the world that despite the unimaginable tragedies that they have faced, anyone can contribute to society through their talent, skills, and strength of the human spirit.”

Some of the athletes live in countries where they have resettled and applied for asylum and others are in refugee camps. They all show the determination to live in freedom and the dedication to excellence of any Olympic athlete. 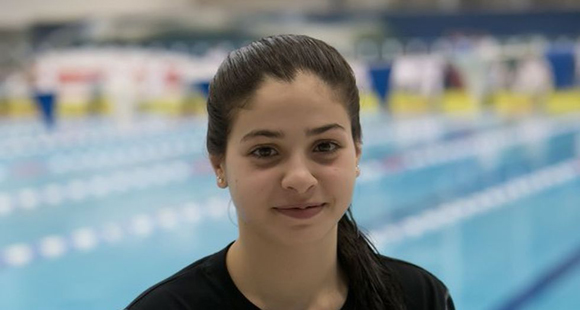 Yusra Mardini, a Syrian refugee, is emblematic of the struggle of the ten refugees. When she fled Syria, she travelled to safety in a small inflatable boat loaded with other refugees escaping from ISIS. When the boat was in danger of sinking, she jumped into the water and paddled it for three hours until it was safe. She told The New Yorker that, “there were people who didn’t know how to swim…It would have been shameful if the people on our boat had drowned. I wasn’t going to sit there and complain.” She will be competing in the Olympics as a swimmer in the 100-meter freestyle this Wednesday.