This is the year for New York State to support higher education for all immigrant students.

For years, our federal government has failed to show leadership and pass the DREAM Act, a bill that would create a pathway to citizenship for certain immigrant youth who attend college or serve in the military. In response to the inaction at the federal level, state legislators have introduced the New York DREAM Act, a bill aimed at helping undocumented students attend college. 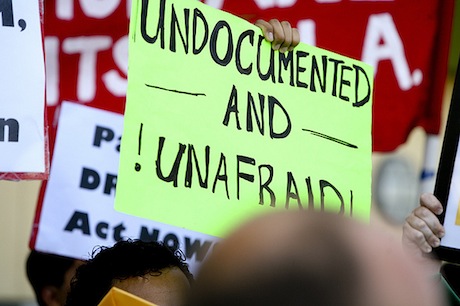 Across the country, there are over 2 million undocumented students who cannot fully contribute to our communities and our economy due to their immigration status. Ten percent of those students—200,000 young people—live in New York and are waiting to come out of the shadows.

Join us as we call on state government to pass the New York DREAM Act this year.

What:
Rally and Press Conference for the New York DREAM Act

Note: The Long Island Immigrant Student Association is also mobilizing people to Albany for the DREAM Act lobby day on March 14. For more info contact Osman Canales at 631-888-4300 or smn_canales@yahoo.com.

Osman Canales is an activist in support of the DREAM Act and the Long Island regional director for the Hispanic Coalition NY. He is currently studying psychology at Suffolk County Community College.