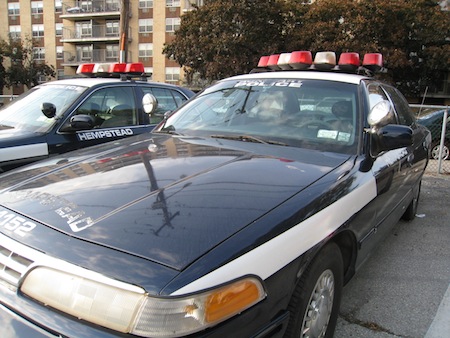 In 2010, I reported two feature stories examining the lack of Spanish-speaking police officers in the Village of Hempstead. The stories highlighted the work of the Long Island Civic Participation Project to increase safety in the village by pushing for more officers who could communicate with residents.

In the first story, “Lack of Bilingual Police Officers Hinders Communication in Hempstead,” I interviewed crime victims who said that they had been unable to file proper complaints with the police department as a result of language difficulties.

The second story, “Bilingual Police Officers in Hempstead: Few in Number, But a Vital Resource,” looked at the importance of the existing Spanish-speaking officers in the department, and the limitations that come with having a skeleton staff of bilingual officers.

The Long Island Civic Participation Project is still working to increase Spanish-language police services in the village, and the group is holding a public forum on the issue at the Hempstead Public Library on Saturday, June 18, at 2pm.

For more details, read this article that accompanied a radio story about the forum reported by Public News Service:

HEMPSTEAD VILLAGE, N. Y. – More Spanish-speaking police officers on the beat is the goal of a forum slated for Saturday in Hempstead.

The Long Island Civic Participation Project (LICPP) says recent census data indicates large increases in the Hispanic population of Hempstead, although the group says only seven police officers on the force are fluent in Spanish. According to Project Organizer Javier Gallardo, the numbers really do tell the story.

“With the immigrant community at about 40 percent – in these areas, the police departments only have, like, five percent.”

Gallardo explains Hispanics are much less likely to report crimes and to interact with police if they feel they won’t be understood. He hopes the forum and other outreach efforts result in more police candidates from Long Island’s immigrant community.

Finding solutions to the problem will result in safer communities for everyone, adds Gallardo. LICPP is working with Nassau County, Hempstead and Freeport villages, elected officials and police departments to promote the hiring of more bilingual officers.