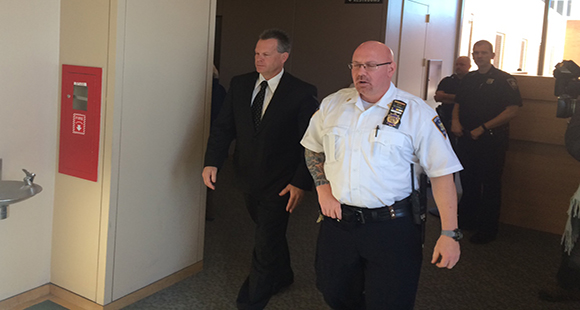 The trial against former Suffolk County Sergeant Scott Greene began Tuesday with the defendant side rejecting almost all the accusations, in a case that has been categorized as a hate crime against the Latino community on Long Island.

Greene’s attorney, Scott Gross, said at the trial that his client is guilty of police misconduct, but denied all the other allegations and rejected the suggestions that this is a hate crime.

“Our position has and always will be that this was never a hate crime,” Gross said. “They [Suffolk County District Attorney office, SCDA] have the obligation to prove that Scott Greene was motivated by malicious intent and I don’t think there is any evidence to support that.”

Gross also said during the trial that accusations against his client had been orchestrated by the SCDA, as a result of an agreement between the Suffolk County Police Department (SCPD) and the Federal Government to improve relationships with the Hispanic Community.

“There is an enormous amount of pressure put on the SCDA and SCPD by a federal stipulation that was signed just days before my client was set up and arrested,” Gross said in an interview with Long Island Wins and Telemundo.