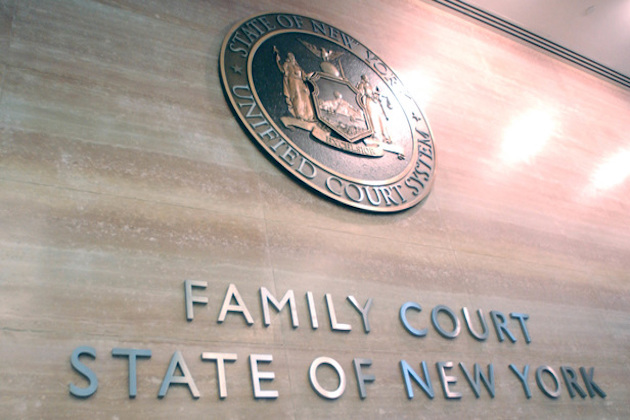 Theo Liebmann is an expert on juvenile Family Court issues as the director of the Youth Advocacy Clinic at Hofstra University and a longtime advocate for undocumented immigrants in New York State. But even he admits that since being a co-chair of the Advisory Council on Immigration Issues in Family Court for the past 15 months, he’s learned quite a lot.

Brought together by New York State Administrative judge Lawrence K. Marks in November 2015 to debate current laws and try to find solutions or improvements to existing practices, the 20-person panel has just released its first official memorandum, entitled the “Guidance on Guardianship Matters and Applications for Special Immigrant Juvenile Findings.” The Council, co-chaired by Liebmann and former Family Court judge and current Supreme Court judge Edwina Richardson-Mendelsohn, has met nearly monthly in New York City since its formation and includes Family Court attorneys, immigration advocates, and judges, among others.

For Liebmann, one of the most important things he learned was something he hadn’t previously thought of: the issue of fingerprinting.

“Let’s say you have an aunt filing for guardianship of her niece, who’s been living with her for a while,” Liebmann said. “As part of that procedure, per New York State law, everyone over 18 filing for guardianship has to be fingerprinted. That can be a very unnerving situation for people who may or may not have permanent status.

“So things like that,” Liebmann concluded, “is something I wasn’t focused on, but thanks to having so many voices from all areas of Family Court, issues are getting brought up.”

“To be in the room together with practitioners coming at it from a variety of perspectives…the cross-fertilization of issues has been really good,” said Anne Erickson, of the Albany-based Empire Justice Center.

In addition to the fingerprinting issue that struck both Liebmann and Richardson-Mendelsohn, Erickson said another eye-opener for downstate officials was how scarce services for juveniles and immigrants were upstate, as compared to Long Island and New York City.

“That was a really big thing, learning about how things like language access and different housing environments really vary,” Erickson said. “There are a lot of services that just aren’t available to people in Rochester or Albany.”

A major issue the first memorandum dealt with, Liebmann and Mendelsohn said, was the Special Immigrant Juvenile (SIJ) program, which helps newly arrived children in the U.S. who have been abused, abandoned or neglected obtain a green card as an SIJ. This also entitles them to live and work permanently in the U.S.

“Many of the judges we have spoken with said that it would be helpful to have some guidance on how to get some veracity on the claims the children are making,” Liebmann said. “Things like, ‘How do I investigate if a 7-year-old says my mom or dad did this?’”

Richardson-Mendelsohn said she’s been very encouraged by the cooperation and seriousness the members of the Advisory Council have given to the issues discussed. Additionally, she said the first memorandum that has been “very positively received,” by jurists, advocates and others in the family court system within the past few weeks, and that Judge Marks was pleased with the early results.

All members of the council interviewed stressed that changing New York State laws on family court issues is not the goal, but rather they are trying to work with local jurisdictions and get the over-burdened juvenile family court system to run more smoothly.

The next topic being discussed by the Council will be the status of U visas, the special visas that let victims of crimes who meet certain requirements stay in the U.S. These visas are subject to change by the new Trump administration.

Still, Richardson-Mendelsohn is heartened by the committee’s work so far and doesn’t see the council’s work ending anytime soon.

“Family court issues and issues with immigration are not going away, so I hope this will be a standing committee,” she said. “There are certainly plenty of things we can look into and hopefully improve in the future.”