On Monday, I joined the New York State DREAM Act Coalition (NYSDAC), DREAMers, activists, faith leaders and educators on the steps of the New York Public Library in midtown Manhattan to call on Governor Andrew Cuomo and the state legislature to take action and include the NYS DREAM Act in the 2014 budget.

The DREAM Act would open New York’s Tuition Assistance Program (TAP) to all students regardless of their immigration status. It would also allow all New York youth to access 529 tuition savings accounts, and establish a DREAM Fund commission to raise private funds for college scholarship programs.

Last week, during the State of the State address, we heard Governor Cuomo speak about the value of New York’s rich diversity, but he failed to mention the NYS DREAM Act or the many challenges New York immigrant communities face.

Having been in the same shoes as many high school student DREAMers who are currently unsure whether obtaining a college degree will grow past a dream into reality, this critical issue cannot be ignored. We’re willing to risk everything by raising our voices in the hopes of being heard by our governor and to be given the chance to attend college without the worry of not being able to afford it.

For many of us, education is our priority, and while some of us have been fortunate to have financial support from family, many of us cannot work full-time and go to school full-time just to graduate on time. That is why we’re asking Governor Cuomo to include the NYS DREAM Act in his budget, so that immigrant youth can stop falling through the cracks.

“The New York State DREAM Act is one of the New York Immigration Coalition’s (NYIC) top agenda priorities this year. Along with allies and fellow advocates, we will work tirelessly to ensure that all young people in New York regardless of status can pursue their dream of higher education” said Steven Choi, executive director of the NYIC. 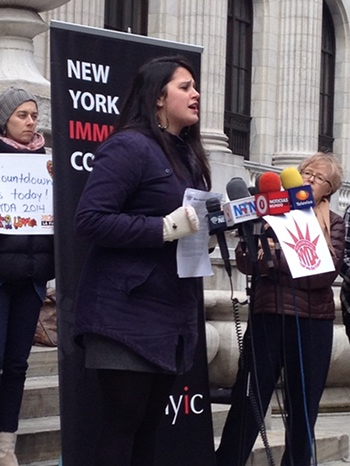 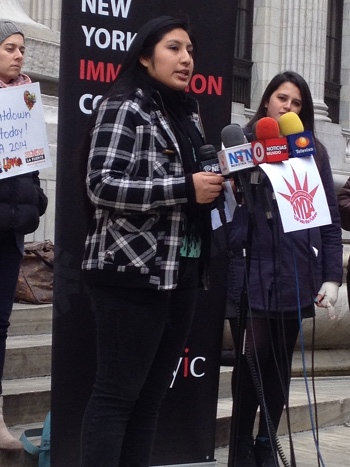 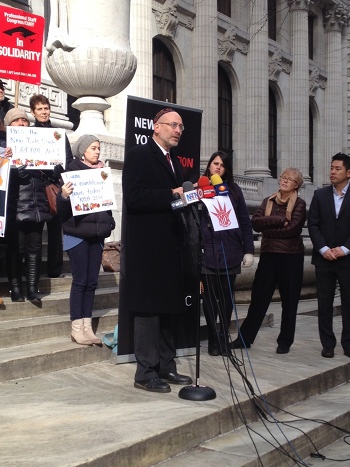