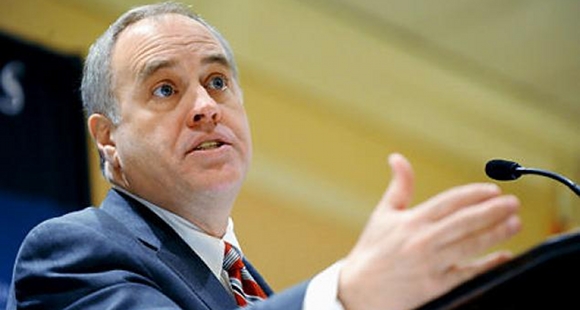 This article originally appeared on Voices of New York.

According to the report, “The Role of Immigrants in the New York City Economy,” immigrants accounted for 44 percent of New York City’s workforce, and $210 billion in economic activity in 2011. That is, nearly a third of New York’s gross city product was generated by immigrant workers in 2013. DiNapoli released the report’s findings at an event sponsored by the Center for Community and Ethnic Media at the City University of New York’s Graduate School of Journalism.

“New York City is home to the nation’s largest and most diverse population of immigrants and they play a vital role in building the city’s economy,” said DiNapoli in a press release. “It is clear that the city continues to be a place for new beginnings for millions of immigrants from all over the world.”

Thanu Yakupitiyage, a communications associate at the New York Immigration Coalition, said that the report may help reverse perceptions that immigrants are a burden to the American economy and job market.

“This goes to show the ways immigrants contribute to an economy,” she said. “The idea that immigrants are a drain to the economy is clearly false. You can see that in the statistics in the report.”

Yakupitiyage said that the report has arrived at an important moment, as Congress debates comprehensive immigration reform.

“This is one of many reports that could contribute to a strong argument showing the positive impact immigrants have had across the country,” she said.

The report also includes a breakdown of occupations with the highest concentration of immigrants in New York City.

“It’s important to avoid a low-skill and high-skill dichotomy,” said Yakupitiyage. “An immigrant working a ‘low skill’ taxi driving job may be supporting children who will go on to college.”

Immigrants are well-represented, however, in job categories that require more education and formal training, including “physicians and surgeons,” with a 49 percent share of immigrant workers, and “accountants and auditors” with a 40 percent share.

The report, which is based on an analysis by the Office of the State Comptroller of U.S. Census Bureau and Labor Department data, also notes that immigrants were hit harder by the recession than were native-born workers, with their wages slipping 12 percent from 2007 to 2009. Immigrant wages bounced back after the recession, with a 16 percent increase in 2010 and 2011. Furthermore, immigrants accounted for a higher share of active workers than prior to the recession.