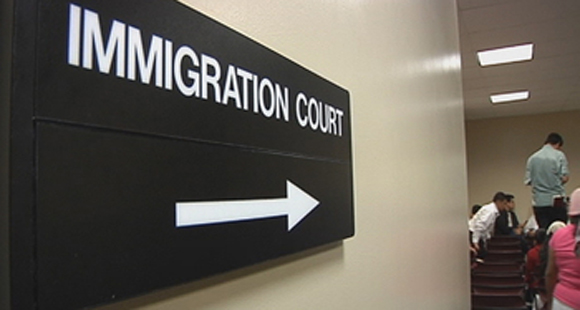 I was on the phone last week speaking with several local groups about the Supreme Court’s recent tie vote on executive action for immigrants. Cristina Ceron, an attorney at SEPA Mujer in Suffolk, said that many of those who have been eligible for President Obama’s DAPA and DACA+ programs were becoming desperate to receive work authorization. She believed that some attorneys were exploiting this desperation by encouraging undocumented immigrants to apply for the “Ten-Year Law.”She worried that immigrants did not understand this section of the immigration law and did not realize that applying for it set them up for deportation.

Cristina said that some unscrupulous lawyers market the“Ten-Year Law”as though it was an amnesty. The attorneys charge their clients $5,000 to $10,000 to apply for it and often don’t inform immigrants of the grave risks involved.

Unlike most other immigration scams, the “Ten-Year Law” actually exists. It isn’t called that in the Immigration Act, of course, but living for ten years in the United States is one of the (easiest) requirements to apply. All the other requirements are tough to meet. The real name for this section of the Immigration Act is Cancellation of Removal.

For an undocumented immigrant, cancellation of removal may be granted if the applicant has lived in the U.S. for ten years, can demonstrate good moral character, is not barred because of criminal convictions, and can show that his or her deportation would result in “exceptional and extremely unusual hardship” to the undocumented immigrant’s spouse, parent, or child who is a United States citizen or legal permanent resident.

I meet many people who have been in the U.S. for ten years, have led good lives and don’t have a criminal history. I meet very few who can satisfy the last requirement: that they demonstrate “exceptional and extremely unusual hardship” to a U.S. Citizen or Permanent Resident spouse child or parent. Satisfying three out of four of the requirements is not good enough, unfortunately.

What lawyers will sometimes do is to lead the immigrant to believe that just having a child who is a U.S. citizen is enough to qualify. Now, I agree, that any child would find it a hardship to have his or her parent deported. That is the problem. Since “any child” would suffer, this is not in itself an “exceptional and extremely unusual” hardship. Generally, cancellation of removal has been granted when the child had a severe developmental disability or medical condition and the deportation of the parent would threaten the life or other important interests of the child. The law contemplates a harm to the child that is “extremely unusual” and not the sorts of harms that any child would suffer from separation due to deportation.

Cancellation of removal is not only difficult to win, but it is also dangerous to apply for. The undocumented immigrant must be placed in “removal proceedings” to apply. Removal proceedings are what used to be called deportation proceedings. The immigrant’s case will be in front of an immigration judge and will end in the immigrant being ordered deported if the judge does not find “exceptional and extremely unusual hardship.” So this long and costly immigration process is very likely to end in the immigrant’s arrest and deportation.

If you are interested in reading the statute, you can find it HERE under Section 240A(b).