In May 2010, the School of Communication of Hofstra University hosted its first “Long Island Latino Media Conference,” which was designed to create a platform to discuss the challenges facing the local Latino media on Long Island. Organizers saw it as an important first step in developing an ongoing relationship with the local community media that serve a vital constituency of Hofstra University: the growing Latino community – both immigrants and US-born, specifically living in the Nassau-Suffolk area.

This year, as part of Latino Heritage month, we will continue this dialogue, because of our firm contention that both Hofstra and the local community media could mutually benefit from a collaborative relationship based on principles of civic participation, mutual respect, and perhaps most importantly, sustainability. 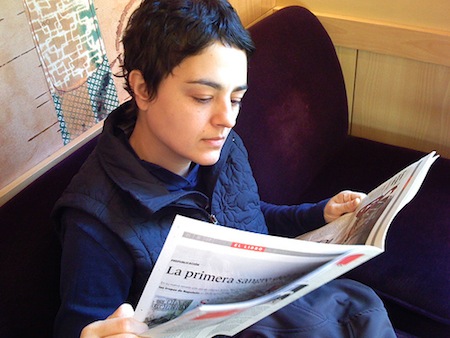 The gathering on Saturday, October 15, will be the beginning of an ongoing process designed to build integrated, collaborative relationships between the local community media, community organizations, and the communication faculty and students at Hofstra. The conference will focus on three broad challenges that currently confront the local Latino media, their community constituents, university communication students, and the media in general:

1. Economic sustainability of local media and strategies to find innovative solutions to the crisis in the current model;

2. Media representations, in both mainstream and alternative channels, and the importance of community participation in telling one’s own story;

3. Civic Participation, community engagement and the role of local media in creating a viable public sphere.

A recent national study on the state of ethnic media in the US pointed to limited financial resources and high staff turnover as the major challenges for ethnic media. Leaders in the local press have been frustrated, for example, by the reluctance of many of the region’s utilities, educatioal institutions, and other corporations and nonprofits to invest in advertising in the Spanish-language media, despite the rapidly growing population these media serve.

Perhaps more importantly, for a variety of reasons, local Latino media have been slow to make the transition from primarily print to primarily online journalism, which has greatly exacerbated such economic pressures. So one of the main questions we will explore is how can School of Communication faculty and students collaborate directly with these media so that stories from the community get covered adequately and receive wide distribution, both in existing print media as well as online venues? 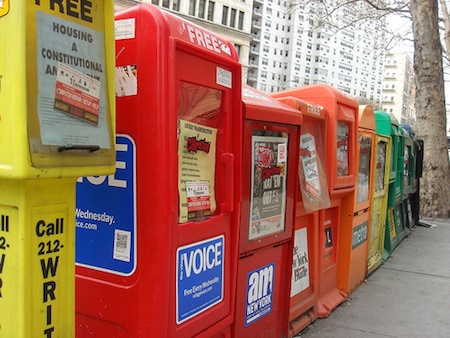 The urgency of this kind of collaboration is especially acute within the context of communities that are traditionally marginalized or under-represented in the major, corporate media, as is clearly the case with the Latino community. Pick up any major newspaper, or tune into local and national media, and look for the voices that represent our communities, and you’ll be hard-pressed to find adequate numbers, given the current demographic make-up of the overall population. This is why we will directly address the issue of representation(s) in the media, and include local Latino community organizations to be a part of the discussions.

In the end, the entire process is meant to foster a spirit of civic engagement in the students by linking them directly to real world experiences in the community through the production of various forms of media content and communication research. Institutions of higher education are supposed to offer students programs and opportunities that encourage an awareness of local, national, and international issues. Faculty and administration at universities are supposed to encourage students to be active citizens and contributors to the civic life of their communities. Media education is one excellent way in which to inculcate these values on young adults, in order to break the broken model of creating robot consumers, as opposed to engaged citizens. The walls that separate universities from the community have to come tumbling down, and through media collaboration, we can begin that process.

Mario A. Murillo is associate professor and chair of the Department of Radio, Television, Film at Hofstra University, and the co-director of the Center for Civic Engagement. A veteran radio journalist, he is one of the coordinators of the Latino Media Conference 2 being held at Hofstra University on October 15.