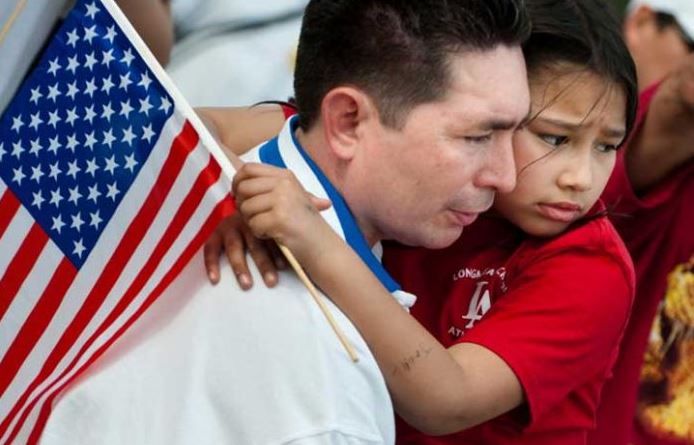 Three-quarters of a million young people have work authorizations issued under President Obama’s Deferred Action for Childhood Arrival (DACA) program. The president’s expanded DACA+ program and proposed DAPA program are stalled in Federal Court. When Donald Trump takes office, what will happen to these programs and the immigrants who benefit from them?

Donald Trump has repeatedly said that on his first day as president he will issue executive orders rescinding all three programs. I think we can take him at his word that he will do this. It was a center piece of his campaign and if he does not do it right away, he will be seen as weak and that will provoke a backlash from his base of supporters.

Legally, the new president is entirely within his rights to revoke Obama’s executive orders creating DACA, DACA+, and DAPA. This means that the DACA+ and DAPA appeals currently pending in the Fifth Circuit Court of Appeals will be terminated and the programs will die before they ever begin.

The 2012 DACA program will be ended as well. It is a little difficult to predict exactly what form the termination of this program will take. Trump could simply close the program and stop issuing employment authorizations under it, but allow those who have work permits to keep them until they expire in 2017 or 2018. He could, however, issue an order revoking those permits already issued and require that they be returned to the Department of Homeland Security. Since not all immigrants would return them, he would rely on E-Verify to bar those with seemingly unexpired employment authorizations from working.

Then there is the Doomsday scenario. In the past, when programs have ended and people have become undocumented as a result, the INS and ICe have not used the information from that program to try to arrest the newly undocumented immigrant. We do not know if this untraditional president will observe this important tradition.