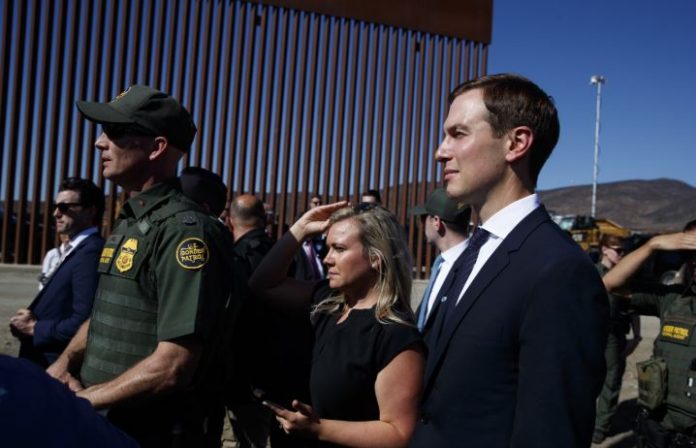 The New Yorker has an excerpt from a new book on the Kushner family that includes some intriguing information on how Jared Kushner’s family came to the United States during the Holocaust. The article depicts a desperate Jewish family that used fraud in order to enter the U.S. Given that Kushner has been tasked by Donald Trump with preventing the entry of refugees through the Southern Border and building the Trump Wall, his own family’s history illustrates the lengths that victims of persecution will go to immigrate. The article, by Andrea Bernstein, comes from her soon-to-be-published book “American Oligarchs: The Kushners, The Trumps, and the Marriage of Money and Power.”

According to Andrea Bernstein, Rae Kushner, Jared’s grandmother, “was one of a few hundred survivors of the Nazis in the Novogrudok ghetto, in what is now Belarus but was then northeastern Poland.” She survived the war but could not return to the now-destroyed Jewish community she had lived in before the Nazis. She later said of her situation, “Where should we run? Nobody wants to take us in.” Her desperation is palpable, she later said that “We would go anywhere where we could live in freedom, but nobody wanted us. Nobody opened their doors to us. Nobody wanted to take us in.”

The Kushner family is a relative newcomer to the United States, with Rae and her husband Yossel Berkowitz  only immigrating in 1949. Yossel lied on his immigration application and claimed to be his father-in-law’s son to obtain a visa. He listed his name as Joseph Kushner to facilitate his migration. According to the Kushner family’s history, “Because sons and fathers were given priority to get visas, Yossel assumed his wife’s maiden name being that he travelled with his father in law.”

The refugees were helped in coming to the U.S. by the Hebrew Immigrant Aid Society, now known simply as HIAS, the oldest refugee organization in our country. According to HIAS’s records, Kushner’s grandmother Rae’s name was also falsified for immigration purposes. The lies on these refugees told would be enough to get them deported under the Trump immigration regime.

It is particularly ironic that the Kushner family arrived in this country with only two dollars to their name. Given that the Trump administration now wants to exclude as “public charges” all low-income immigrants and immigrants who receive public assistance, the fact that for their first three months in America the Kushners had to rely on handouts from HIAS should have given Jared ammunition to fight back against his father-in-law’s attempt to keep all but the well-to-do out.