In the darkness of the early morning hours of March 5, 1854, a group of men on a mission to save America broke into a shed at the base of the Washington Monument. The monument was only one-third finished and the shed contained stones sent from countries around the world to be used in its completion. The secret cell looked for one stone among the many. It was marked “Rome to America”.

The team tied a rope around the block of marble and dragged it out. What happened after this is subject to rumor and conjecture, but the theft led to a near-permanent halt in the building of the monument.

The stone had been sent as a gift to America from Pope Pius IX. It was of black marble, three feet long and a foot and a half high from the Temple of Concord in the Roman Forum.

More than a year before the stone ever arrived in the United States it had been the focus of anti-immigrant hatred. Protestant minister John F. Weishampel published a pamphlet attacking the stone entitled Rome to America: the Pope’s Stratagem!An address to the Protestants of the United States against placing the Pope’s block of marble in the Washington Monument. Anti-immigrant activists warned that Irish and German Catholic immigration threatened to swamp native (white) American culture and that immigration was part of a larger plot by the Pope to take over the United States. The placement of the Pope’s Stone would signal to immigrants that the day of their triumph had come at last, possibly leading to a violent Catholic uprising. 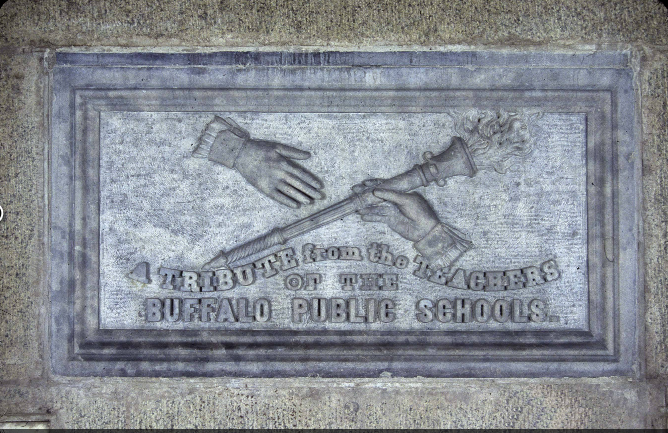 There are dozens of memorial stones in the Washington Monument donated by foreign governments, states of the Union, and civic groups and unions.

The secret cell that stole the Pope’s Stone was part of an anti-immigrant mass movement called the Know Nothings.  The men either overpowered the armed watchman guarding the marble block, or perhaps the watcher was a Know Nothing himself. The team may have thrown the stone into the Potomac River or broken it up into tiny pieces as souvenirs of their blow against Catholic immigration.  Certainly at least one Know Nothing claimed decades later to have a sliver of the stone.

Not content to have destroyed the stone, the Know Nothings held a fraudulent election and took control of the society building the monument either to “Americanize” it or to get their hands on the considerable donations it received. Appalled at both the act of terrorism and the financial chicanery, Congress halted support for the building of the obelisk and it fell into disrepair. 1 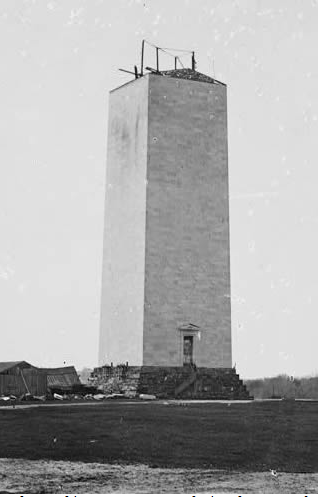 The Washington Monument during the period when work was suspended. Mark Twain wrote in 1868 that it was an “ungainly old chimney that…is of no earthly use to anybody else, and certainly is not in the least ornamental. It is just the general size and shape, and possesses about the dignity, of a sugar-mill chimney… It is an eyesore to the people. It ought to be either pulled down or built up and finished.” – San Francisco Alta California, February 14, 1868

Work on the Washington Monument would not resume until 1878. When it was restarted, new rock had to be ordered. To this day you can still see the effects of anti-immigrant rage. The color of the stones above the 150 foot mark where work stopped in 1855 is slightly different from that used after 1878. 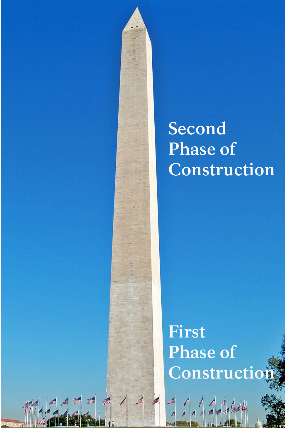 This modern photo from the National Park Service shows the difference in stone coloration from the First Phase of Construction before the Know Nothing attack to the Second Phase which began in 1878.

The Know Nothings’ scar on the Washington Monument is permanent, but the anti-immigrant movement’s scar on mid-19th Century immigrants lasted for generations as well.

Over the next three installments of The Immigrants’ Civil War, we’ll look at the phenomenal growth of the Know Nothing party before the war and its impact on the way immigrants looked at their new country. But first we’ll look Inside the Mind of a Know Nothing.

More articles on Immigrant History from the Civil War Era