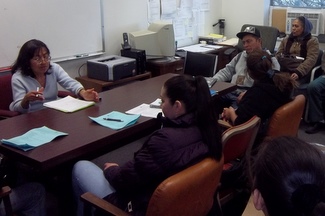 This month, I’m teaching citizenship classes for my organization, the Central American Refugee Center (CARECEN), which is based in Hempstead. I have about 30 students from all around Nassau and Suffolk counties.

The students take the class because they need to pass the civics and history test in order to become citizens. They have been living here for five years or more and they have some general ideas about American government.

They are familiar with the president, Congress, and the Supreme Court, but they don’t really understand how they all tie together. Some students are hearing about separation of powers and checks and balances for the first time.

This week the students were fascinated by the role of the courts. They had wondered why Arizona’s anti-immigrant law SB 1070 was passed by the legislature and signed by the governor, but never went into effect. They knew that the Constitution was “the law of the land” according to their citizenship test questions, but they didn’t realize that it was the courts that applied the Constitution to legislation.

In recent months, the Arizona State Senate has written laws that more than 100 years of jurisprudence say are unconstitutional, from taking citizenship away from the children of immigrants to creating their own in-state immigration system.

Given that behavior, I wonder if that august body has the same gaps in knowledge. 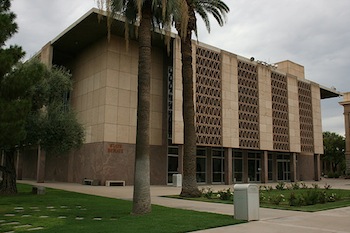