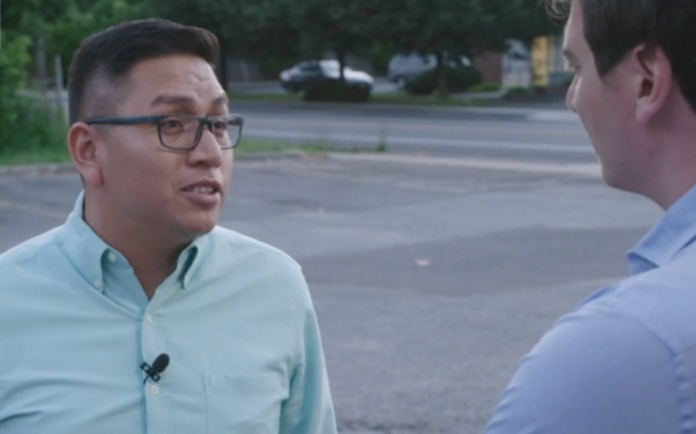 “They’re targeting some of the most recently arrived groups who are coming with families, in transition with their immigration status and young people who don’t know a lot of people in the community who are easily targeted and scared,” Barrientos told CNN.

The primary victim of MS-13 gang violence are immigrants themselves. And, in certain cases, they target innocent newcomers who want nothing to do with the criminal enterprise.

CNN also spoke with an undocumented immigrant going by the name of “Margarita,” who said her son is hiding from MS-13 for fear of being killed after being attacked because he refused to join the gang.

She explained that many witnesses and victims are wary of approaching police, believing they might risk deportation.

“In Nassau County, we would make sure that we never, never ask any status – and we don’t care – on victims and witnesses,” Morino told CNN.

With a meeting planned with immigrant advocacy groups next week, newly minted Nassau police commissioner Patrick Ryder has a chance to take a stand against Trump’s divisive rhetoric that makes communities less safe.