Yesterday, Governor Cuomo released his budget for the coming year, excluding funding for the New York DREAM Act, a bill that would allow an estimated 5,500 undocumented students currently in college to access state financial aid.

That may mean opportunities lost for those students, and thousands more talented young people who will graduate from high school and have nowhere to go. Cuomo isn’t the only elected official to blame—none of the Republicans in State Senate supported the bill, including Long Island Senator Lee Zeldin, whose district is a quarter Hispanic and has strong immigrant representation.

To call out our elected officials on their failure to act, Long Island students and residents gathered today at the Ronkonkoma office of Senator Zeldin to reiterate their commitment toward the New York DREAM Act. 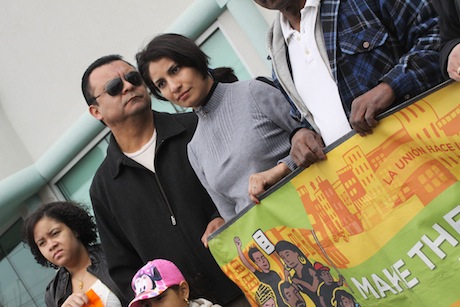 Why focus on Senator Zeldin? Natalia Aristizabal, a graduate of Nassau Community College and a youth organizer for Make the Road New York, which organized the press conference, explains in this video: