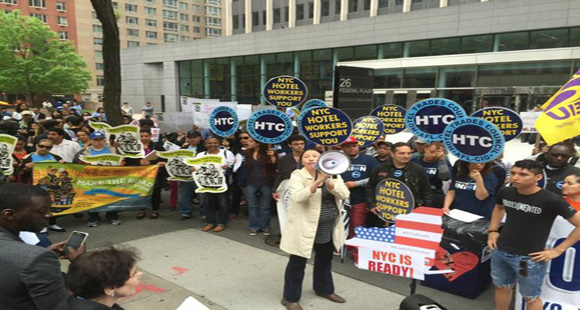 The Fifth Circuit Court of Appeals has finally made a decision about the administrative relief programs DACA and DAPA, and the U.S. Department of Justice has announced that it will take this case to the Supreme Court for a further review.

So far, this decision has been seen as a triumph for the state of Texas and the other 25 states that introduced litigation against the relief actions in a Federal Court in Brownsville, Texas, back in March.

However, immigrant organizations are confident that DACA and DAPA will have a positive outcome in the Supreme Court. These administrative programs are part of the executive orders announced by President Obama in November 2014.

Read: “Court rules against Obama executive orders (Which is good)”

The American Immigration Council, AIC, tells us three important facts to keep in mind, which the Supreme Court could consider.

First, let’s remember that aside from the 26 states against these programs, there is also a coalition of 15 states around the country, including the District of Columbia, and 73 cities and counties (New York State and New York City are part of this) that support these immigration policies. They have actually introduced an ‘amicus brief’ to the Federal Court in Texas, and to the Court of Appeals in New Orleans, arguing that the reliefs are beneficial to their communities.

“Giving a single state the power to up end a nationwide federal program that is supported by many other states is a dangerous precedent,” says the AIC.

Second, this was a split decision. So far, the Fifth Circuit Court has denied the immigration actions twice. Back in May, the Court’s panel denied the emergency of stay requested by the Obama administration. Two of the three judges in that panel favored the state of Texas. Now, in another panel, also comprised of three judges, the same two judges ratified their previous ruling. What is interesting is that the other two judges -one on each panel- favored the federal government.

Read: “The Supreme Court will decide DACA and DAPA”

As a result, “Despite two 2-1 decisions in favor of Texas, the judges who considered these issues are evenly divided 2-2.”

Third, through history, the Supreme Court has frequently agreed with the idea of the Executive branch’s authority to exercise prosecutorial discretion.

“Since at least 1956, every U.S. President has granted temporary immigration relief to one or more groups in need of assistance . . . Plain and simple, the Fifth Circuit’s decision is out of line with the past precedent,” according to the AIC