Scroll down for all of The Immigrants’ Civil War articles.

In 1862, the Irish Brigade would become one of the most famous units in the Union Army. The immigrant who founded it, however, was already famous before he ever set foot in the United States.

Before the Irish “Liberator” Dan O’Connell invented the tactics of non-violent resistance, the Irish were a disenfranchised and exploited people ruled in their own land by the British. During the 1830s and 1840s O’Connell led campaigns of protest, publicity, and economic pressure that won concession after concession from the English overlords. But his approach could not win what young Irishmen and women most wanted—democratic rule of Ireland by the Irish themselves.

Thomas Francis Meagher was a young revolutionary in 1846 when he challenged the venerable Dan O’Connell’s leadership of the Irish freedom movement at mass meeting in Dublin. Advised by his elders that the movement must adhere to a line of peaceful protest, Meagher told the audience that the American republic had not been created out of non-violent action, that it was only the willingness to fight to the death that could tear from England a part of her worldwide empire. He called for an armed revolution against the British Empire and, thereafter, he was nicknamed “Meagher of the Sword.”1

In 1848, the Year of Revolution in Europe and the third year of the Irish Potato Famine, Meagher and other Young Ireland revolutionists plotted an uprising. Spies reported on Meagher and his comrades and the British rounded up most of the leaders before anything more than a small revolt could erupt. Meagher, only 25 years old, was captured and put on trial for his life.2 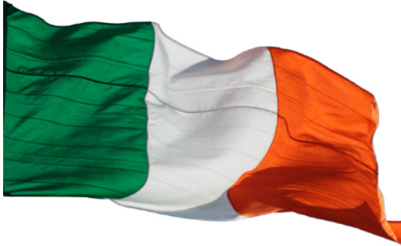 In 1848, the Irish revolutionary Thomas Francis Meagher flew the first Irish tricolor flag. It had been made by French women who saw the struggle for Irish independence as part of a worldwide fight for freedom.

At his trial, Thomas Francis Meagher refused to renounce the cause he had championed and he dramatically said farewell to his country. The judge ordered that Meagher “ be hanged by the neck until dead, and that afterward the head shall be severed from [the] body, and the body divided into four quarters.”3

It was only while awaiting execution that Meagher learned that instead of being executed, he would be sent to Britain’s penal colony in Tasmania, off the coast of Australia. While he might justifiably fear abuse there, as a well-known person, his jailers allowed him to wander the island freely when he gave them his word that he would not escape. After two years in exile, Meagher decided that he had had enough and incredibly wrote to his jailer to inform him that he was withdrawing his promise and would feel free to escape the next day. When the magistrate read the letter, he ordered the chief of police to arrest Meagher. The police commander responded that he too was Irish and that he would not follow the arrest order!4

By the time the British were finally able to organize an arrest force, Meagher had already escaped, helped along the way by a secret network of Irish rebels. Meagher sailed first to Brazil and then on to New York. Long before he arrived, Meagher’s escape was known in the United States. The leading Irish newspaper, the Boston Pilot, even told its readers, “In him the Irish in America will find a chief to unite and guide them.”5 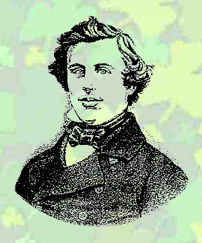 The handsome romantic revolutionary Thomas Meagher was still in his 20s when he was lionized by Irish America.

When Meagher finally made it to New York, he was hailed as the great hero of Irish America. He was not, however, a hero to many of the bishops who were the de facto leaders of many Irish communities. A liberal Catholic in his homeland who advocated for the educational equality of women, the Church had grave misgivings about Meagher’s orthodoxy. Meagher saw himself as part of a great liberal revolutionary wave that was sweeping Europe, a surge that threatened the traditional place of privilege of the Church.6

Meagher would later write to a friend that he was hounded by “brainless ridiculous donkeys” who did the ideological bidding of the bishops. His crime, he said, was speaking “favorably of…the European movements for liberty [and for] this I was denounced from the pulpits, and through the bigoted Catholic press.” If the bishops hoped to destroy him, they were disappointed. As one newspaper reporter wrote, the Church’s attack on him “have aroused an extraordinary feeling in his behalf.” Irish immigrants, loyal to their Church but critical of the men who ran it, thumbed their noses at the hierarchy by forming Meagher Clubs in support of the dissident.7

While Meagher was a liberal when it came to Europe, he became an American Democrat. The Democratic Party stood for the little guy and for the immigrant, that was for sure, but it also stood by the slaveholder. Meagher’s newspaper, combative towards the bigotry of the Know Nothings, was accepting of the white Southern ideology of slavery as a constitutionally protected institution. In editorials, he wrote that he was a “Democrat in heart-from nature as well as by conviction.” Among Southern Democrats, he wrote, “There are no…convent burners…no Know Nothings.” Meagher conceded that “slavery is bad,” but he also advised Irish Americans to “let slavery alone” and confine themselves to “alleviating the evils that accompany it.”8

Meagher was soft on slavery, hated the “Puritan Bigots” who formed the backbone of the new Republican Party in the northeast, and mistrusted Lincoln and his cohorts. When the southern Confederacy declared war on the United States in 1861, the Irish revolutionary would be forced to decide whether he stood for Union, or for the self-determination of the slaveholding South.