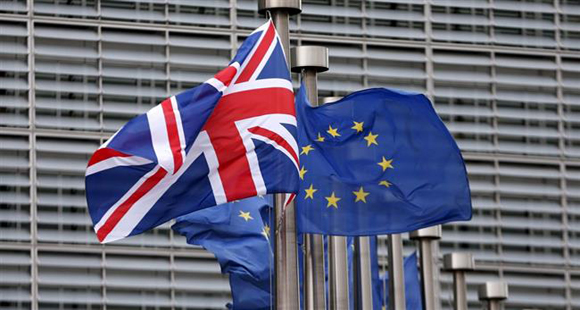 Britain’s Brexit vote was stoked by demagogues and fueled by xenophobia. The decision to put the issue of remaining in the European Union (EU) on the ballot was made by cynical conservative politicians who themselves did not support leaving Europe. They hoped to mobilize white working class voters for the conservatives by catering to their dislike for immigrants. After they allowed the fire to start, even more irresponsible demagogues shouldered them aside to stir up even greater racism within large segments of the English public.

The Brexit campaigners relentlessly thrashed the country’s vibrant immigrant population as a dangerous foreign element. When principled political leaders, like Member of Parliament Jo Cox, stood up to the hatred, they were decried as traitors by the British far-right. Cox, who had stood with her Irish, Muslim, and Eastern European constituents, was assassinated a week ago by a man shouting “Britain First” who said his mission was “Death to traitors.”

The British establishment, which had unleashed this dangerous hatred, reacted to the fire they started with alarm. They predicted that Brexit would cause an economic downturn in the United Kingdom. Britain would stand outside of the massive European market, where half of all British exports are currently sold. Tariffs would soon be imposed on everything Britain sells in France, Germany, Italy and the other nations of Europe. There was also the possibility that parts of the United Kingdom (UK) that supported staying in the EU would themselves try to secede from the UK. Would Northern Ireland and Scotland want to stay in a declining United Kingdom or leave to return to the EU?

I am old enough to have grown up with parents and grandparents who all assumed that every generation or so the Europeans would go to war and kill off a sizable portion of their populations. My sons would find those notions of inevitable conflict unbelievable. At a very existential level the breakdown of borders in Europe has been good, even lifesaving, for the peoples of the continent.

Now, after this vote we will see right-ring parties throughout Europe call for their own countries to exit the EU. Seeing the success of anti-immigrantism as a tool for political advancement in Britain, it will be used increasingly by some frightening people on the continent. This will be in synergy with similar efforts to mine racism for votes in the United States.

$200 billion dollars in wealth has already disappeared from the British stock market in just a few hours. Billions more will bleed away. Nationalist parties in Scotland and Northern Ireland are today calling for referendums to secede from the UK so they can stay in the EU. These were the predictable results of a vote for fear. Unfortunately, there are segments in the British, and American, electorates that are mobilized by the paranoid style in politics. When mainstream conservatives deploy this despicable brand of political manipulation they open the door too much more scary men to exploit the wedge that they have driven into the body politic.