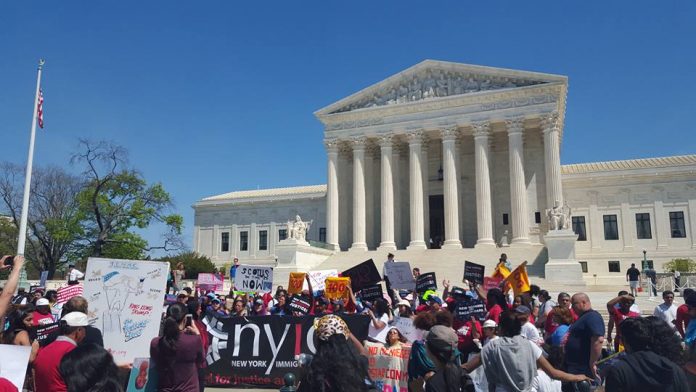 The Supreme Court rejected President Trump’s attempt to overturn an order by a Federal judge in California blocking the end of DACA. Trump decided to skip the normal appeals process following the judge’s order and take the case directly to the Supreme Court. This unusual move was not welcomed by the court which issued a denial of the request which said that “It is assumed that the court of appeals will proceed expeditiously to decide this case.”

Since the California court ruled against Trump, the Federal District Court in Brooklyn has issued a similar decision. The Trump administration had announced in September that the DACA program would end on March 5, 2018, just a week from now. However, pursuant to the court order, the Department of Homeland Security began to accept renewals of DACA status, including renewals from recipients whose status had expired.

Advocates urge those who have received DACA in the past to renew their DACA status now if their permits have expired or if they will expire within the next five months.