After months of searching, you’ve finally found it: The house of your dreams. You’ve saved enough for the down payment and you can afford the mortgage. The community is diverse, it’s not too far from your office, and you’re happy you’ll be sending your kids to a good school district.

Only there’s a problem.

Housing discrimination, a historically entrenched problem on Long Island, still persists today, and it is perpetuating segregation and creating resource disparities between whites and people of color, according the findings of the latest ERASE Racism report, “Housing and Neighborhood Preferences of African Americans on Long Island.”

Our study showed that despite the notion that people of color only want to live in communities with neighbors who share their own race or ethnicity, when given the choice, nearly all blacks chose a racially mixed neighborhood, with a large majority, 69 percent, choosing an even mix of 50 percent white and 50 percent black. Similarly, our report cites other studies throughout the country that have found that a large majority of Latinos prefer to live in racially mixed neighborhoods.

But despite the desire for more mixed neighborhoods among people of color, we’ve been moving in the opposite direction.

The Latino population, including immigrant communities, is the fastest growing demographic on Long Island and data show that they are becoming increasingly more segregated. According to findings in the report, 80 percent of black Long Islanders who reported a decrease in the African American population in their communities said that Latinos had largely replaced blacks.

The increase in segregation for Latinos suggests that they, like blacks, are likely experiencing various forms of housing discrimination that are limiting their choices to majority minority neighborhoods.

We had limited funding for the report and could not poll Latinos or immigrant communities, but the responses offered by black Long Islanders have strong implications for Latinos and other people of color in the region. 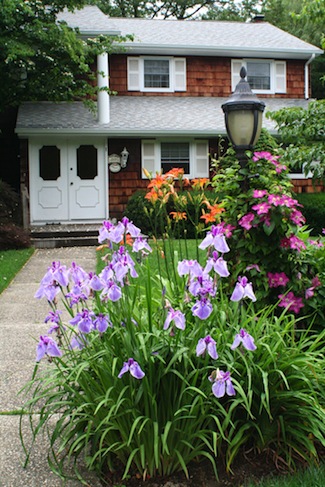 Our newest survey also polled blacks about their perceptions of the neighborhood that they currently live in, and found that many neighborhoods lack the characteristics that blacks most value. For example, when thinking about a place to live, 80 percent of blacks said they consider high-quality public schools as one of the most important factors; that said, only 16 percent rated their local public school as excellent, and 40 percent of respondents rated their local school as fair or poor. According to the U.S. Department of Education, in 2008-2009 only 9 percent of black students on Long Island and 14 percent of Hispanics had access to a high performing public school, compared to 30 percent of whites. The findings in our report suggest what many people already know to be true: A large portion of black and Latino Long Islanders are being…