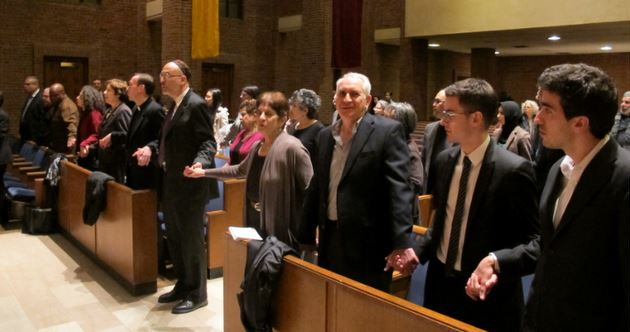 A coalition of faith leaders, immigration advocates, and immigrants joined hands and voices yesterday to present a united message to Congress and President Barack Obama: The time for comprehensive immigration reform is now. Doing nothing is no longer an option.

The New York State Interfaith Network for Immigration Reform and other organizations, including Long Island Wins, brought together 18 diverse religious leaders at The Community Church of New York in Manhattan. They called upon the faith community and all New Yorkers to “welcome the stranger” and to tell the President and Republican leaders that the U.S. needs humane and just immigration policies.

“We are at a critical junction for comprehensive immigration reform,” said Dr. Diane Steinman, director of The Interfaith Network. She noted that while the House of Representatives has insisted that no immigration legislation will be passed this year, “reform advocates are refusing to give up.” 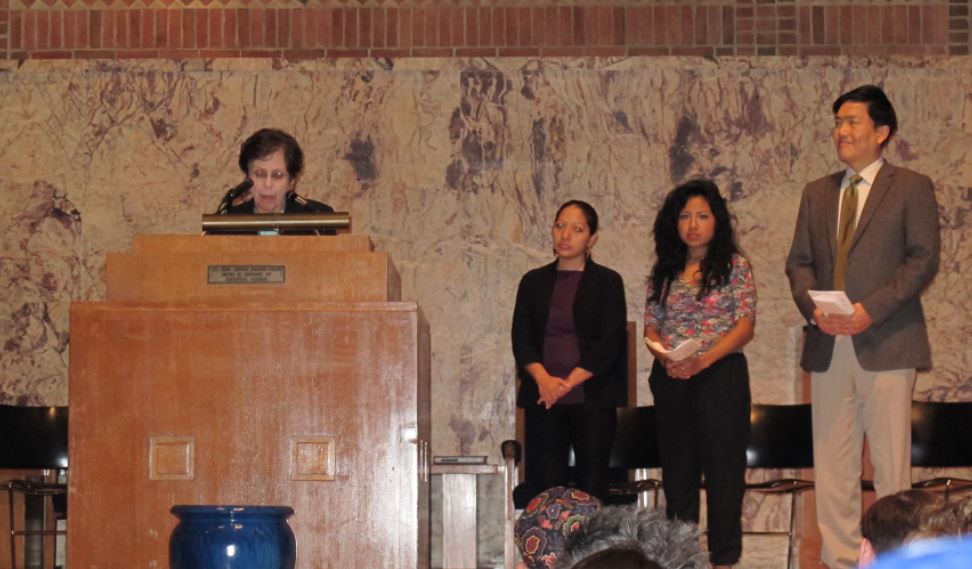 Dr. Diane Steinman, director of the NYS Interfaith Network, introduces speakers (left to right) Luz Muy and Estefania Garcia of Faith in New York, and S.J. Jung of Minkwon Center for Community Action and one of the fasters at the Washington Mall Fast for Families.

She introduced Estefania Garcia of Faith in New York, who told the heartbreaking story of her father’s deportation. Garcia, who came to the U.S. with her parents at six years old, said she was always proud to be a part of this country, and the passion she felt when she placed her hand over her heart during the Pledge of Allegiance. “I embraced the American spirit before I could speak English.” Then one day, after working hard and paying taxes for 25 years, her father was arrested and deported.

She noted that while she loves America, its laws much change. “It is time for the stubborn minds and hearts of Washington to soften.”

Her story, according to Steinman, proves that immigration “is not some abstract notion – it is a human issue.” 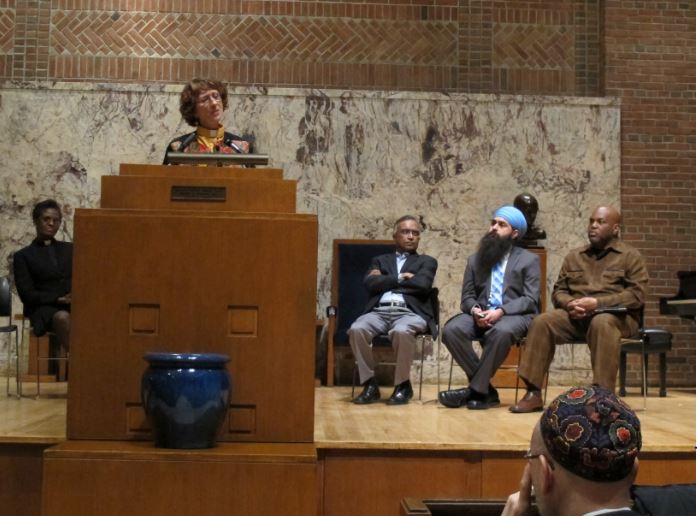 Rev. Susan Karlson of the NYC New Sanctuary Coalition, one of 18 faith leaders present at the New York State Interfaith Network for Immigration Reform who called upon congress to welcome “the stranger.” She is joined on stage by (left to right) Minister Patricia Malcolm, Interfaith Network co-chair and secretary for Churches United to Save and Heal (CUSH); Ramaswamy Mohan of the Hindu Temple Society of North America; Balbir Singh, Sikh Coalition; and Bishop Orlando Findlayter of the New Hope Christian Fellowship and CUSH.

S.J. Jung, president of Minkwon Center for Community Action and a participant in the Fast for Families protest at the Washington Mall, remarked that Congress has “turned a deaf ear to Americans that support comprehensive immigration reform.” In that same vein, Bishop Orlando Findlayter of the New Hope Fellowship and Churches United to Save and Heal stated, “Congress is stuck in neutral. The time for reform is now. We have heard too many sad stories. We have seen too many tears.”

Speakers then turned their voices to President Obama, asking him to take action and use his executive powers to push immigration reform. Imam Al-Hajj Talib ‘Abdur-Rashid, President of The Islamic Leadership Council of Metropolitan New York, said, “If the House won’t do the right thing, then you [President Obama] must.” 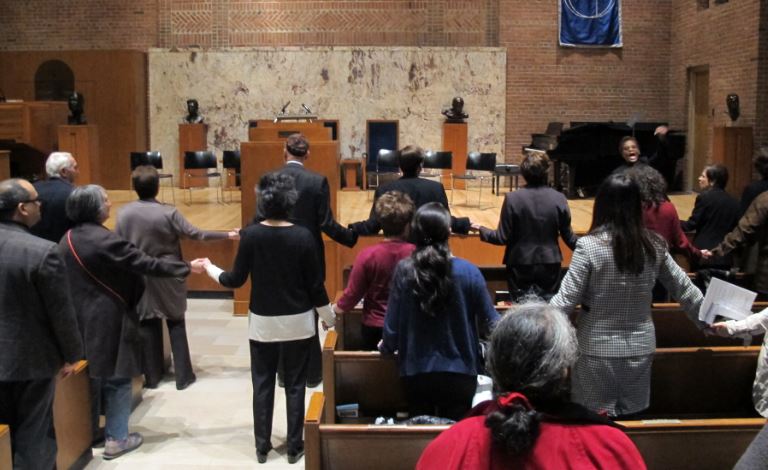 Participants at the NYS Interfaith Network for Immigration Reform join hands and sing, “We Will Overcome.”